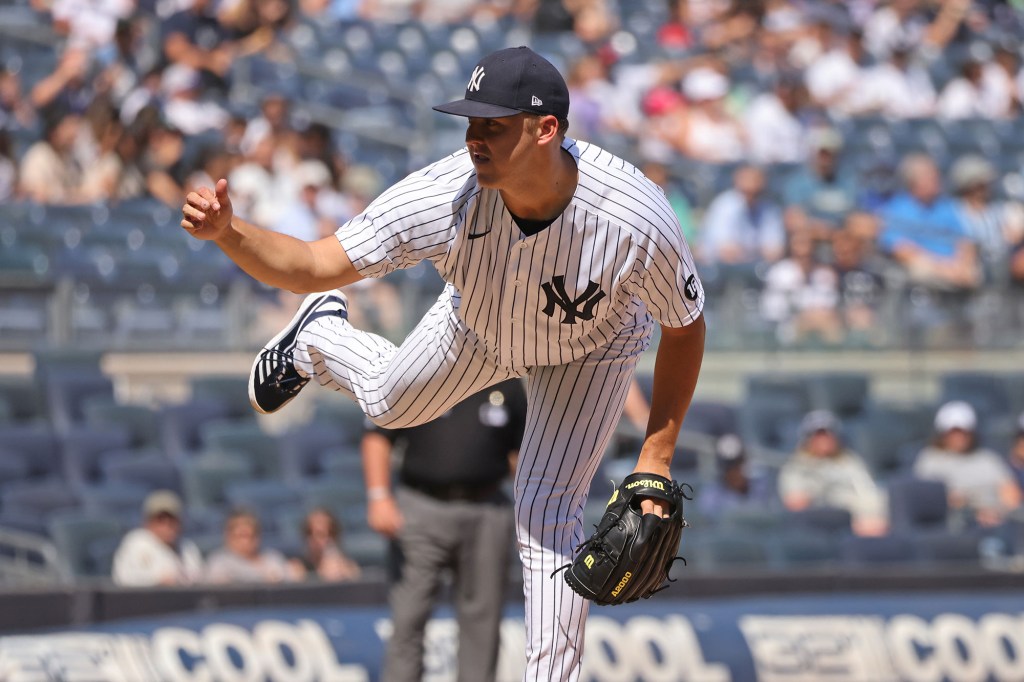 
BALTIMORE — Jameson Taillon has a lot riding on how his ankle responds after throwing his first bullpen session after suffering a right ankle tendon injury in his last start.

The right-hander is optimistic he’ll be able to be back in the Yankees rotation by next week, but if he has a setback, it could lead to surgery.

“We’ll see where we’re at with games and get it re-imaged [after the season],’’ said Taillon, who has undergone a pair of Tommy John surgeries. “I’ve had enough surgeries. I hope this is one I can avoid.”

A procedure would sideline Taillon into next season, but he was confident even if that’s the case, it wouldn’t be for long.

On Wednesday, Taillon said he “honestly didn’t feel it at all pushing off” during the bullpen session, which lasted about 15 pitches and included his entire repertoire. He threw with a small ankle brace.

“This did nothing to make me think I can’t get back in a game soon after another bullpen,’’ Taillon said.

Taillon was excellent in July and early August, putting his early-season struggles behind him before a rough four-start stretch from Aug. 14-31, when he had an ERA of 8.20.

He came back strong in his last start against Toronto before waking up sore the next day, nearly unable to walk.

Taillon said the improvement he’s felt since then — after also receiving a platelet-rich plasma injection — has been a pleasant surprise.

He’ll need to go through fielding drills to make sure he can move around well enough to start.

“There’s not too much season left, so the sooner the better for me,’’ Taillon said. “As soon as a spot lines up where we need a starter, I’d hope to slide in there.”

After Domingo German threw two scoreless innings in a rehab appearance for Triple-A Scranton/Wilkes-Barre on Tuesday, manager Aaron Boone said the right-hander would likely make one more rehab outing before he rejoins the Yankees. Because German threw just 25 pitches on Tuesday after being sidelined since late July with right shoulder inflammation, he won’t be built up enough to get back into the rotation.

However, Boone noted German has experience coming out of the bullpen, so he is familiar with a number of roles and is comfortable pitching in important spots.

“Anything is possible,’’ Boone said of how German might be used. “He’s an outstanding pitcher and with some of the injuries we’ve had, we’ll use him in different roles. He’s someone we have a lot of confidence in.”

Joey Gallo wasn’t in the lineup Thursday against Orioles left-hander John Means. Boone said Gallo was “beat up” and he wanted to give him a day off. It allowed Luke Voit to start at DH, with Giancarlo Stanton in left field. Gallo had homered in the Yankees’ previous two games.

Boone has said it’s been a challenge getting at-bats for Voit after the arrival of Anthony Rizzo to play first base.

Jets fans can make major impact vs. Patriots like they did in 2009