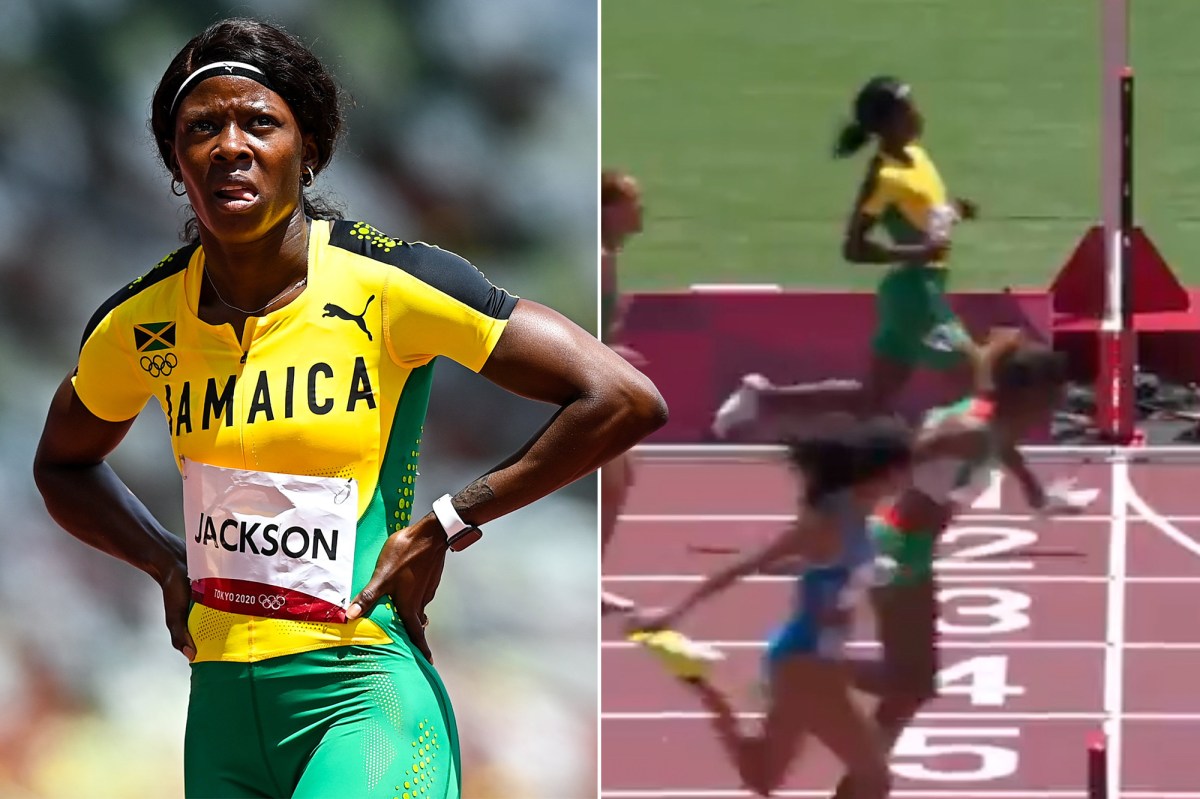 
The third-fastest woman in the world bowed out of the 200m event at the Tokyo Olympics after committing an embarrassing blunder Monday.

Jamaican sprinter Shericka Jackson missed out on qualifying for the semifinals after she slowed down near the finish line.

The 27-year-old was beaten out by Italy’s Dalia Kaddari by four-thousandths of a second in the sprint, putting her in fourth place.

Jackson, who came into the Olympics as the third-fastest woman in the world over distance this year, finished the heat with a time of 23.26 seconds.

The Jamaicans now won’t be able to clean sweep the women’s 200m, as they did in the 100m, when Jackson won bronze on Saturday.

“Sometimes painful things can teach us lesson that we didn’t think we needed to know,” Jackson posted on Instagram following the incident, along with the hashtag, “MovingInFaith.”

Aussie track and field Olympian Tamsyn Manou critiqued Jackson’s blunder and said she got “too cocky.”

“You cannot do that at the Olympic Games,” Manou said, according to Yahoo Sports.

“That is unforgivable. I mean, she’s not even trying. Look at her at the back of the field. It’s good to have confidence in sport but that’s just being a little bit too cocky. Four one thousandths of a second would have got her through,” the former track and field star said. “I can’t believe the unprofessional way she went about that race.”

The women’s 200m semifinals will take place later on Monday, with the final to follow on Tuesday.

Jamaica is favored to win the women’s 4x100m relay.