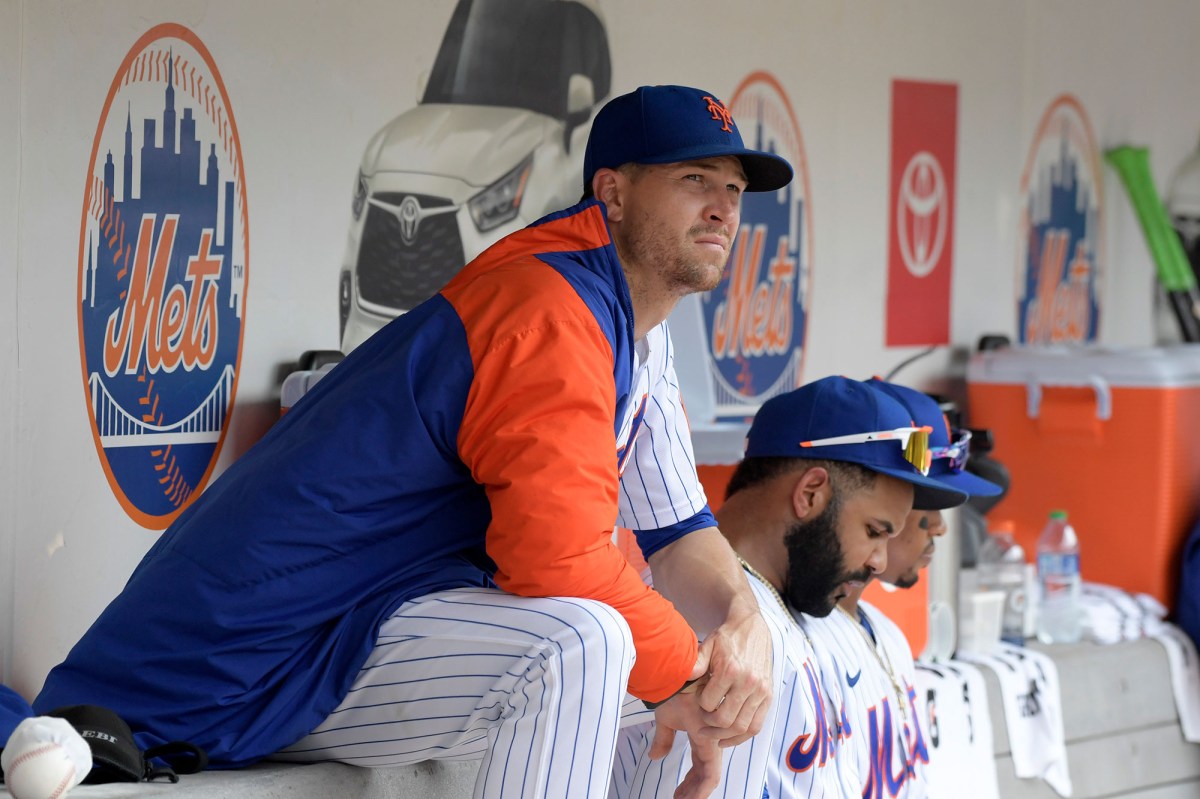 On a day the Mets failed to add a top-tier starting pitcher before the trade deadline, their own ace suffered another setback that could keep him out until September.

Jacob deGrom, who has been on the injured list since July 15 with elbow inflammation, has further inflammation in his right arm and will be shut down for two weeks.

DeGrom had thrown a 36-pitch bullpen session on Thursday — his second light side session since originally being shut down — but it will be his last action until mid-August as the Mets will try to maintain their spot atop the NL East without him.

The two-time Cy Young winner was putting together a historically dominant season with a 1.08 ERA through 15 starts. He last pitched on July 7.

Before the elbow inflammation, deGrom had experienced multiple injury scares this season elsewhere in his body, though none of them proved to be as serious as this one.