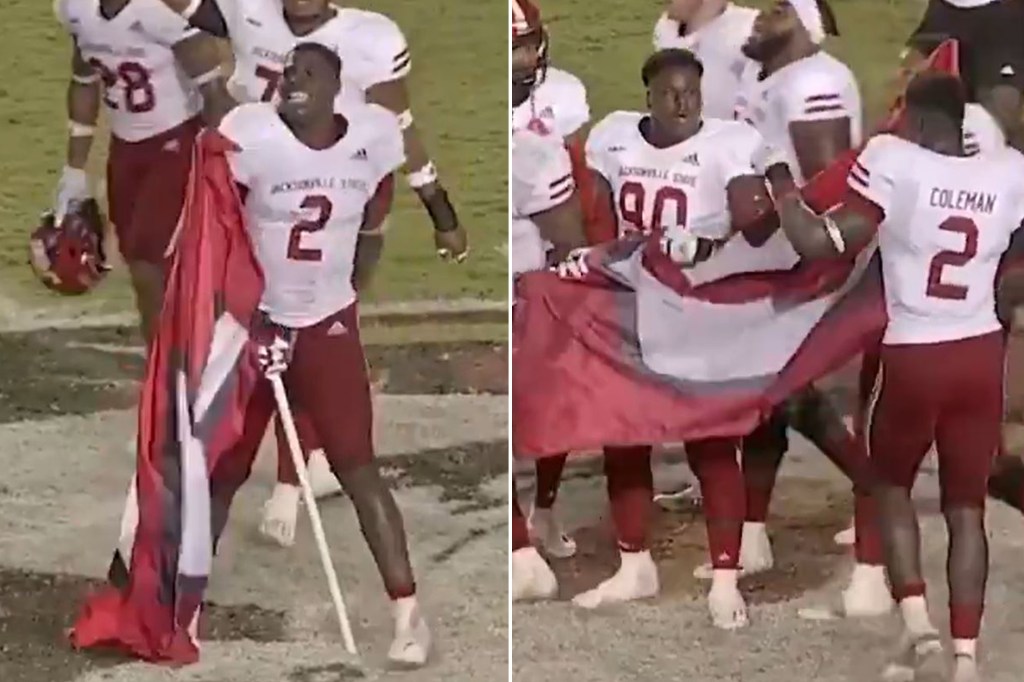 
Things couldn’t be going much worse for the Florida State football team.

The Seminoles lost to Jacksonville State, an FCS team, on Saturday after the Gamecocks scored a 59-yard touchdown pass as time expired for a 20-17 victory. Florida State fell to 0-2 with the defeat, its first to a non-major foe since 1961, according to ESPN.

Jacksonville State punctuated its stunning win by planting its flag in the middle of the field at Doak Campbell Stadium, right on the Seminoles’ logo.

“It’s embarrassing,” Florida State quarterback McKenzie Milton told reporters. “We’ve got to own that. That’s who we are. We lost to Jacksonville State. We’re 0-2, so all we can do is look forward.”

Florida State head coach Mike Norvell apologized to the school and its football fans, calling the loss “totally unacceptable.” The Seminoles went 3-6 last season in Norvell’s first season leading the program and have not had a winning season since 2017, when they went 7-6.