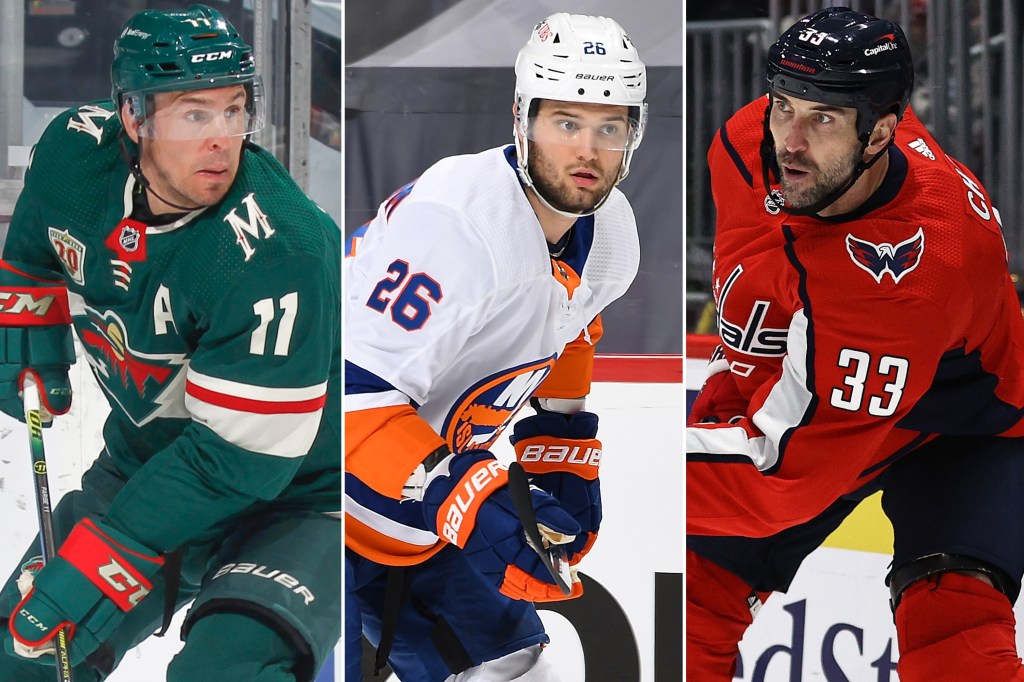 
The Islanders have come close to the Stanley Cup final the past two seasons. So close that recovering from the emotionally draining experience of falling short — for a second time — was likely just as important this offseason as was physical recuperation.

General manager Lou Lamoriello vowed to do his best to keep the Islanders’ core together for another run at Lord Stanley. Between the flat salary cap’s stranglehold on NHL teams and the Seattle Kraken’s splash into the league, however, there were some casualties. Second-pair defenseman Nick Leddy was traded to the Red Wings and top-line winger Jordan Eberle was taken by Seattle in the expansion draft.

But for the most part, the Islanders are returning a majority of the squad that is coming off a pair of playoff semifinal appearances. Here are the top five issues the Islanders face heading into training camp Thursday:

How will the defensive pairings shake out without Leddy?

Figuring out how to replace Leddy’s 20-minute average time on ice, while still rolling all three pairs in the way that makes the Islanders so effective on defense, is expected to be the biggest challenge for head coach Barry Trotz.

At 44, recent signee Zdeno Chara is ideally more of a sixth or seventh defenseman rather than a staple on the second or third pair. He is, however, currently the Islanders’ top option to slot in on the left side, next to either Scott Mayfield or Noah Dobson. His workload likely will be monitored and he’ll probably need games off, but Chara could be viewed as a short-term answer before a trade can be facilitated or a prospect (possibly Samuel Bolduc) fully ripens later in the season.

While Trotz has voiced his affinity for the pairing of Dobson and Andy Greene, Chara could be interchangeable with Greene, who will turn 39 next month. Chara’s defensive-zone presence could be a better complement to Dobson than it would be to Mayfield. These are things that will need to be evaluated during camp.

Erik Gustafsson, who signed a pro tryout deal with the Islanders, according to the Toronto Star, will also compete for a spot.

Can Oliver Wahlstrom take the next step?

After scoring 12 goals in 44 of the 56 regular-season games in 2020-21, Wahlstrom just has to reach out and seize a full-time role. The 21-year-old only lost his lineup spot in last season’s playoffs after getting injured in Round 1. But his replacement, Travis Zajac, announced his retirement Monday.

Drawing from Lamoriello’s track record while navigating the salary cap, however, Wahlstrom could find himself sent down to the AHL at the start of the season. He is the only forward who doesn’t need waivers, which would keep the Islanders from losing any valuable depth players.

Wahlstrom is an option to replace Eberle on the right wing of the top line, as is 2021 trade-deadline acquisition Kyle Palmieri. The former 2018 first-round pick could also return to the third line next to Jean-Gabriel Pageau, with whom Wahlstrom logged over 300 minutes last season.

What does Zach Parise have left in the tank?

The 37-year-old Parise began last season on the Wild’s top line and first power-play unit, but steadily dropped off, culminating in a buyout of the remaining four years on his contract. By the end of last season, Parise had lost his spot on the power play, received limited ice time and was a healthy scratch a handful of times.

Parise is still a natural scorer, however, and is just three years removed from a 61-point season in which he scored 28 goals. With the right linemates, Parise could give the Islanders’ offense a boost.

Sifting through a forward logjam

With the addition of Parise, the Islanders’ top 12 is essentially locked in. Barring injury, the lines are expected to shake out as such to start the season:

This lineup would leave out players like Leo Komarov, Richard Panik, Ross Johnston and Michael Dal Colle (assuming the last two are signed). Komarov saw first-line minutes last season in wake of Anders Lee’s season-ending ACL injury, but the Islanders captain is expected to be 100 percent by training camp. Lamoriello could wait to place Komarov on waivers until after the roster is finalized to maximize the adjusted salary cap.

It is unclear where Panik, who was half of the return for Leddy in the trade with Detroit, fits in. The Islanders are his fifth team in the last six seasons, but Panik’s 517 NHL games could come in handy in a depth role.

The Islanders’ aging D-corps certainly isn’t sustainable long term, but riding out Greene and Chara bodes well for the organization’s top prospects on defense. Lamoriello and Trotz have never been ones to rush prospects, which is why both Bolduc and Salo will likely start the season with AHL Bridgeport.

Bolduc, who turns 21 in December, had 14 points (six goals, eight assists) in 24 AHL games last season, and is widely considered to be the organization’s top prospect. He may just be an in-house candidate to take on a regular left-side defense spot. Salo isn’t too far behind after an impressive 30-point showing last season in the Swedish Hockey League.