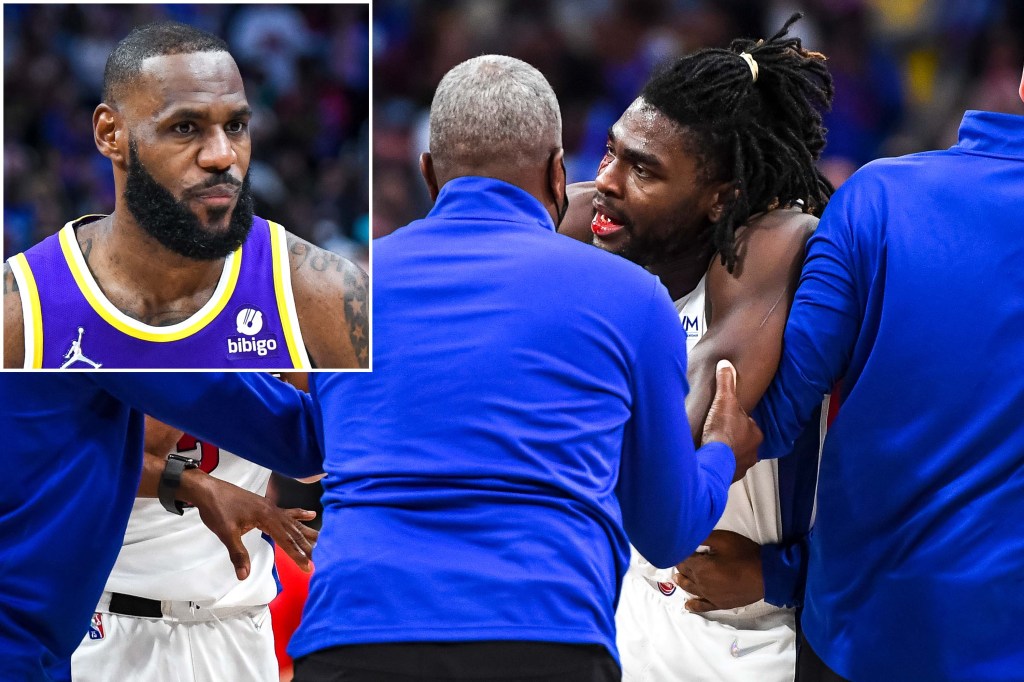 Upon his return from a two-game suspension stemming from the incident, Stewart said he wouldn’t address the situation again, but made clear he feels James was in the wrong.

“I watched the film,” Stewart told reporters on Friday. “Me personally, like I said, I didn’t feel like it was an accident. But this is my last time addressing it. My main focus right now is on my teammates and getting back to playing basketball. I’m not going to let that define who I am. I’m going to let what Detroit drafted me for define who I am.”

James was ejected for the incident after receiving a flagrant-2 foul, then suspended for one game. Stewart, who had four points and 12 rebound in his return against the Clipper on Friday, had to be held back from going after James following the incident, which the Lakers stars says was accidental.

“There was a box-out on the free-throw line,” James told reporters. “His elbow got kind of high, it got me — if you look, if you watch the film — it got me off balance a little bit and his elbow lifted my arm, and I basically tried to swim move, swim down on him, on his arm. And when I swung down on his arm, he got off balance and the left side of his hand grazed my face.

“And I knew right away. So, I knew right away I had caught some part of his head. So I went over to apologize to him and obviously, you guys saw what happened after that. But definitely accidental.”

James said that his ejection was warranted but a suspension was not. Upon returning Friday night, James incurred a $15,000 fine for grabbing his crotch, which he said was in retaliation to two Pacers fans doing the same. James had two Indiana fans sitting courtside ejected during overtime.

“When obscene gestures and language come into it, can’t be tolerated,” James told reporters after win over the Pacers. “There’s a difference between cheering for your team and not wanting the other team to win, and things I would never say to a fan and they shouldn’t say to me.”