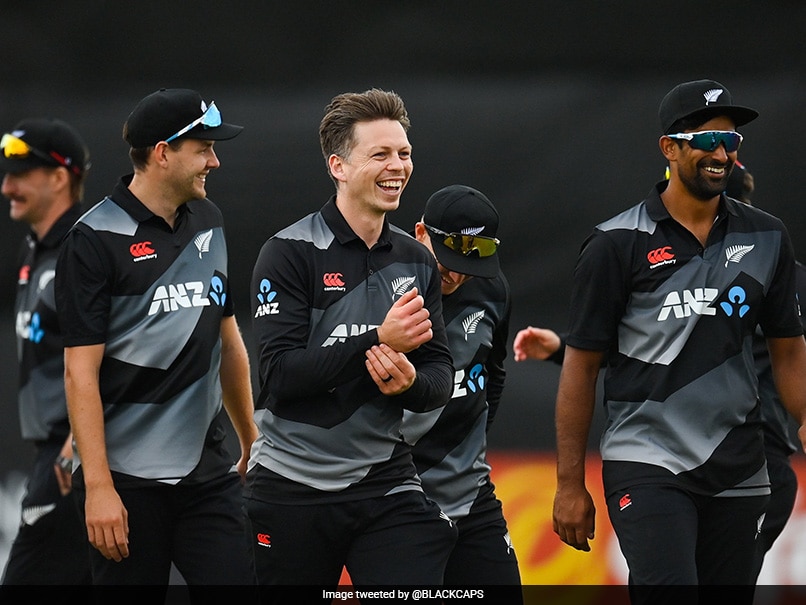 Michael Bracewell rounded off New Zealand’s crushing 88-run win over Ireland in the second T20 International (T20I) at Belfast on Wednesday with a hat-trick. Ireland, chasing 180 to win, collapsed to 91 all out inside 14 overs at Stormont and were all but beaten when off-spinner Bracewell removed tailenders Mark Adair, Barry McCarthy and Craig Young with successive deliveries to become only the third New Zealand bowler to take a hat-trick at this level after pacemen Jacob Oram and Tim Southee.

Leg-spinner Ish Sodhi broke the back of Ireland’s innings by removing Curtis Campher, Lorcan Tucker and George Dockrell in a return of 3-21.

Had it not been for an eighth-wicket stand of 37 between Adair, who top-scored in the innings with 27, and McCarthy, Ireland might have suffered an even more crushing defeat.

Ireland’s chase had started in style, with experienced opener Paul Stirling smashing spinner Mitchell Santner for a six and a four in the first over.

Stirling also struck fast bowler Lockie Ferguson through the covers for another four only to fall for 21 when he sliced the paceman to mid-off.

His exit prompted a dramatic collapse that saw seven wickets lost for 31 runs as 23-0 was transformed rapidly into 54-7, with Jacob Duffy bowling No 3 Gareth Delany for a golden duck.

Cleaver, playing only his second T20 international, faced 55 balls including five fours and four sixes after coming into bat when New Zealand were 44-1 in the fifth over.

The series concludes when the teams return to Stormont on Friday.