Inside look at the revamped Knicks roster 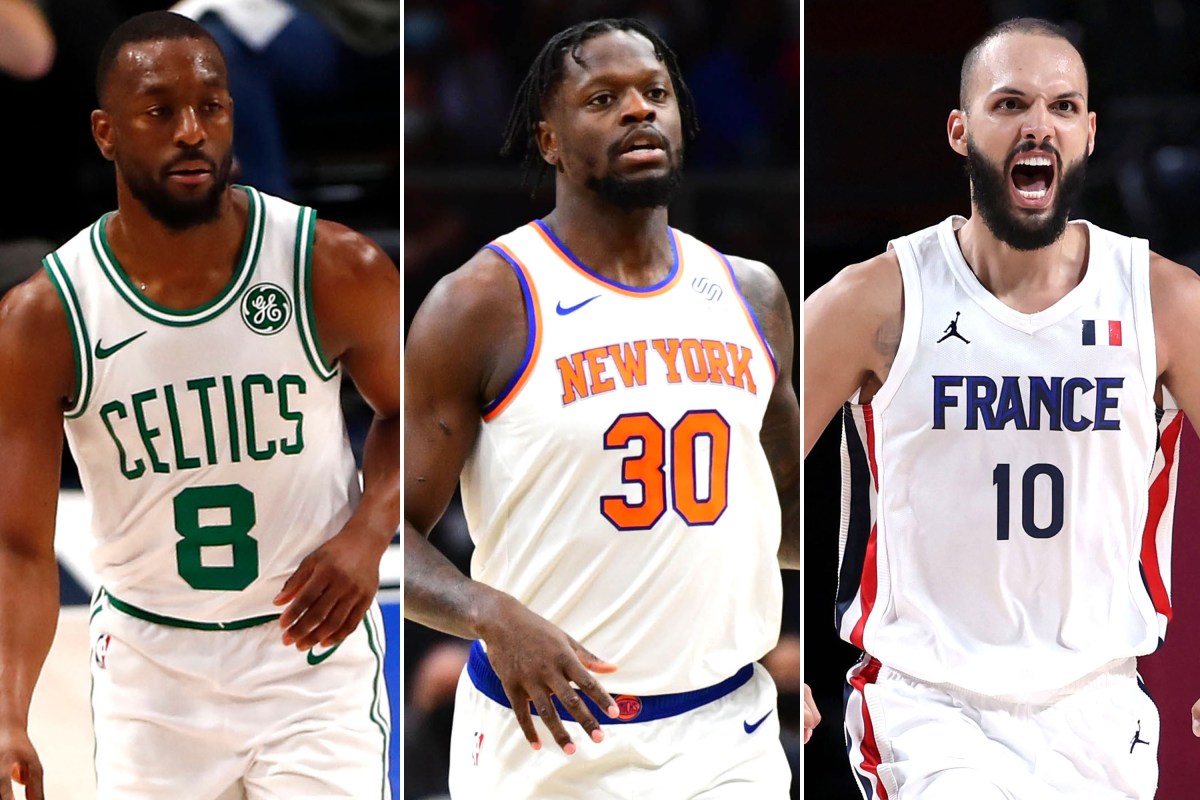 
The Knicks roster is almost set — having spent their cap space and having only the $4.9 million room exception left for one more veteran. Here is a look at the 16 players expected to be at training camp. The Knicks can enter the regular season with 15 on the main roster and two players on two-way G-League contracts.

PG Kemba Walker: Knicks fans are ecstatic. The former Rice High/UConn NCAA champion has upgraded the starting point guard position immensely with Elfrid Payton gone. However, Walker’s balky left knee bears watching — as does his defense at age 31. That’s why new Celtics GM Brad Stevens couldn’t get rid of him fast enough and the Knicks got him as a waiver-wire free agent.

PG Derrick Rose: With an improved 3-point shot, Rose put together 35 wonderful games for the Knicks. He’s at his best playing for Tom Thibodeau. At this stage, the 2011 MVP is most effective if his minutes don’t exceed 25 a night.

PG Miles McBride: The rookie out of West Virginia is a stout defender, a solid 3-point shooter and by all accounts a Thibodeau-type player. The 36th pick may have to scratch for minutes if Rose and Walker stay healthy.

PG Luka Vildoza: Will he make the team? The Knicks signed the Argentine from the Spanish League late season to be a piece for 2021-22. He’ll be at summer league after a modest Olympic performance and has a non-guaranteed contract.

SG/SF RJ Barrett: The Knicks’ No. 3 selection in 2019 took significant strides in his second season, becoming a more reliable 3-point shooter and second option to Julius Randle. But his lack of creative shotmaking got exposed in the playoffs and he’s still got a ways to go in his bid to reach his All-Star goal.

SG/SF Evan Fournier: He flew under the radar in Orlando, but his last two seasons were too impressive to ignore in averaging 18 and 17 points, respectively, with strong percentages from 3. As he stars in the Olympics, Fournier is the centerpiece of the Knicks offseason — even if he’s from France and not The Bronx.

SG/PG Immanuel Quickley: Coming off a second-team all-rookie selection, the Knicks still view the Kentucky product as a reserve off guard who can light up an offense with his 3-point shooting and floater. Still has a ways to go as a playmaker and defender.

SG/SF Alec Burks: The Knicks had to use cap space to re-sign the former Jazz swingman to a 2-and-1 deal after he performed admirably in his first season in New York. Burks never gets flustered and is a shotmaker from midrange and 3. He even can play the point in a pinch.

SG Quentin Grimes: The first-round pick out of the University of Houston is coming off a Final Four appearance, showing he’s a winner. He’s a two-way force who can become a very strong value pick.

SF/PF Kevin Knox: He doesn’t appear to be part of the future. The 2018 lottery pick was headed to Las Vegas summer league to showcase himself, but Knox is out because of COVID-19. Could be traded at any juncture.

PF Julius Randle: With his contract extension in place, the second-team All-NBA power forward will have more to prove that last season wasn’t a fluke — and his poor first playoff showing was.

PF Obi Toppin: Leon Rose’s 2020 lottery pick had a disappointing rookie season, playing limited minutes behind Randle. He showed potential as an athletic big man who can lift the team with acrobatic dunks, but his basketball IQ on defense is a concern.

C Nerlens Noel: He returns for his second season with two guaranteed years and a team option on a third. Noel was a key defensive force — a tough, true rim protector who executed a series of highlight-reel blocks to spark the club.

C Mitchell Robinson: The Knicks 2018 second-round pick was in a walking boot on July 31 at his foundation’s camp — an indicator his broken foot isn’t fully healed. The athletic shot-blocker needs to stay healthy next season as he veers into 2022 free agency — unless the Knicks extend him.

C Taj Gibson: The 36-year-old Brooklyn native comes back for his third season as one of Thibodeau’s all-time favorite players with a defensive basketball IQ that’s off the charts and grit quotient Knicks fans adore.

C Jericho Sims: The 58th pick in the draft out of Texas is headed for a two-way G-League contract. The athletic 6-10 power forward could have a legit role if one of their bigs gets dealt. The Knicks were impressed with him at the Draft Combine in Chicago.