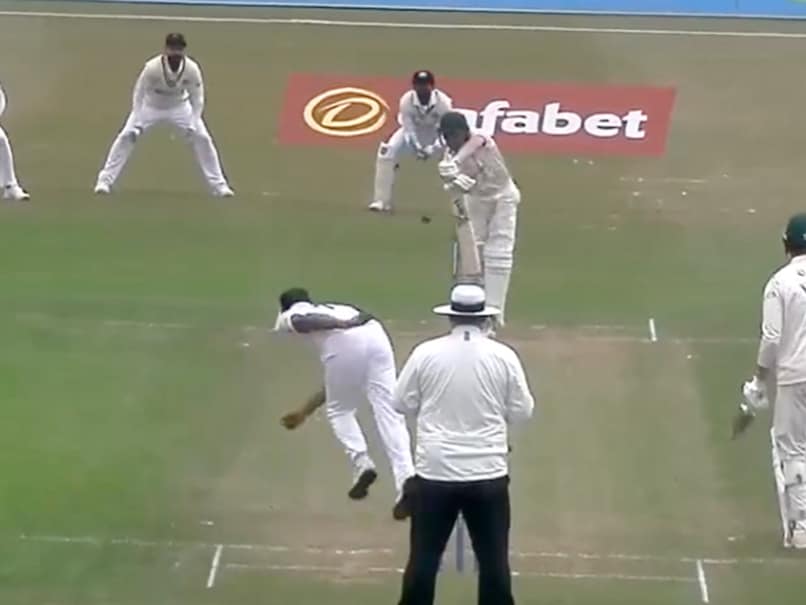 As the Indian team gears up for the upcoming matches against England, Mohammed Shami stole the show early on Day 2 of the four-day warm-up match against Leicestershire with some superb discipline and grace in his bowling. On Friday, Shami dismissed English batter Samuel Evans with a peach of a delivery to draw the first blood for his side. Though Shami also picked the wicket of Cheteshwar Pujara next, it was his exceptional delivery to Evans that hogged the limelight.

Coming over the wicket to Evans, Shami bowled in the good length area around off to the right-handed batter. The English player tried to play on the front foot but the ball straightened a bit after pitching and Evans got an outside edge to see the ball getting directly into the hands of Virat Kohli, who was standing at first slip.

Watch: Mohammed Shami gets Leicestershire batter to edge one to Virat Kohli

A first wicket for @BCCI as Shami has Evans caught by Kohli at first slip. @cheteshwar1 comes out to bat for LCCC.

Cheteshwar Pujara came in next but he too met with a similar fate as Shami outfoxed him as well. A short ball from the Indian pacer saw Pujara chopping the ball on his stumps without even opening his account during his 6-ball stay at the crease.

Talking about the match so far, India posted 246/8 before declaring their first innings. Srikar Bharat shone with his unbeaten 70 while Virat Kohli (33) was the second-highest run-scorer for the side.