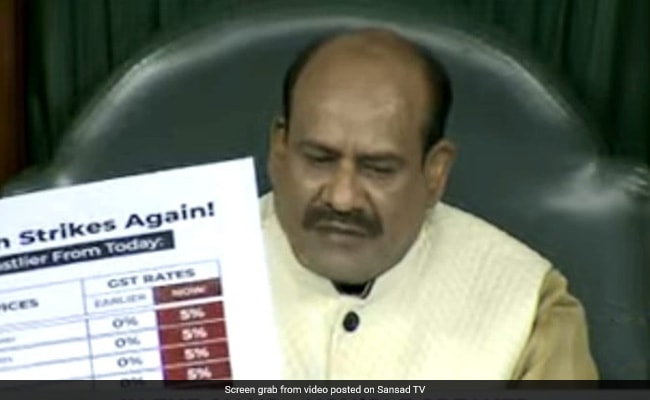 Speaker Om Birla was rather blunt today with Opposition members protesting inside the Lok Sabha against price rise: “The House is for discussion and raising issues, not for raising slogans and creating chaos.”

He got upset after Opposition MPs gathered in the Well of the House, holding packets of curd, butter and buttermilk, questioning the levy of Goods and Services Tax on essentials that were earlier out its ambit. They want that all other business of the House be suspended, for a discussion on price rise in particular. But the Speaker has insisted that he’ll give time in Zero Hour, earmarked for raising issues of “urgent public importance” after giving notice.

Mr Birla was particularly angry about use of placards, something that he pointed out yesterday too as as “a violation of House rules”: “People have not sent you to show these placards. Those doing that are hurting the Parliament’s prestige.”

“In ‘Amrit Kaal’, people expect meaningful discussion from us,” he added. “Amrit Kaal”, a term from Vedic astrology that refers to a period of great success, is often used by Prime Minister Narendra Modi to describe India’s current state.

Mr Birla further said he was ready to give time for discussion “as per rules”, but not if the chaos continued. “Only if you go to your seats will you get the chance.”

As the protesters persisted — as they’d done yesterday — the Lok Sabha was adjourned till 2 pm. The same thing happened in the Rajya Sabha, too, on what was the third of the Monsoon Session that continues till August 12.

Earlier, MPs from the Congress and other parties held a demonstration outside the House, near a statue of Mahatma Gandhi on the Parliament campus.

The government has been defending its decision to impose 5 per cent GST on basic food items. Finance Minister Nirmala Sitharaman yesterday underlined that the 14 such items now under GST — such as rice and flour, besides cereals and milk — will be taxed only when pre-packaged and pre-labelled, not when sold loose. The Opposition and a section of economists have said this would mean the tax will affect the poor the most.

Even BJP MP Varun Gandhi, who has been critical of his own party’s government over the past few months, has tweeted: “If the general public will bear all the burden of this tax system, then the very purpose of bringing it in will be lost. The central and state governments will have to work together to prepare a public-friendly GST model.”

Meanwhile, Parliamentary Affairs Minister Prahlad Joshi claimed the government is ready to talk on “all issues, including price rise”, and added, “We can discuss price rise in Parliament once Finance Minister Nirmala Sitharaman, who is down with Covid, returns… But the Opposition is playing a negative role.” 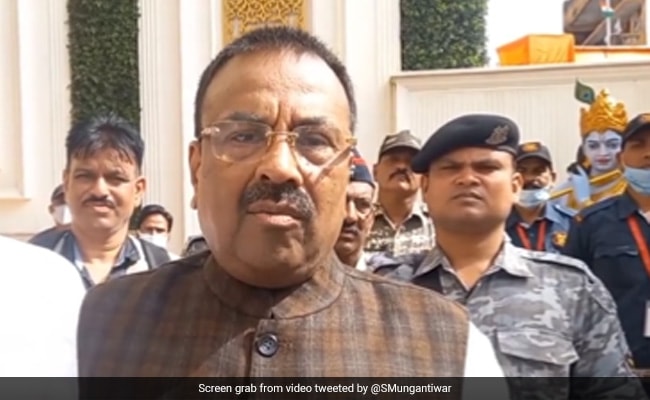