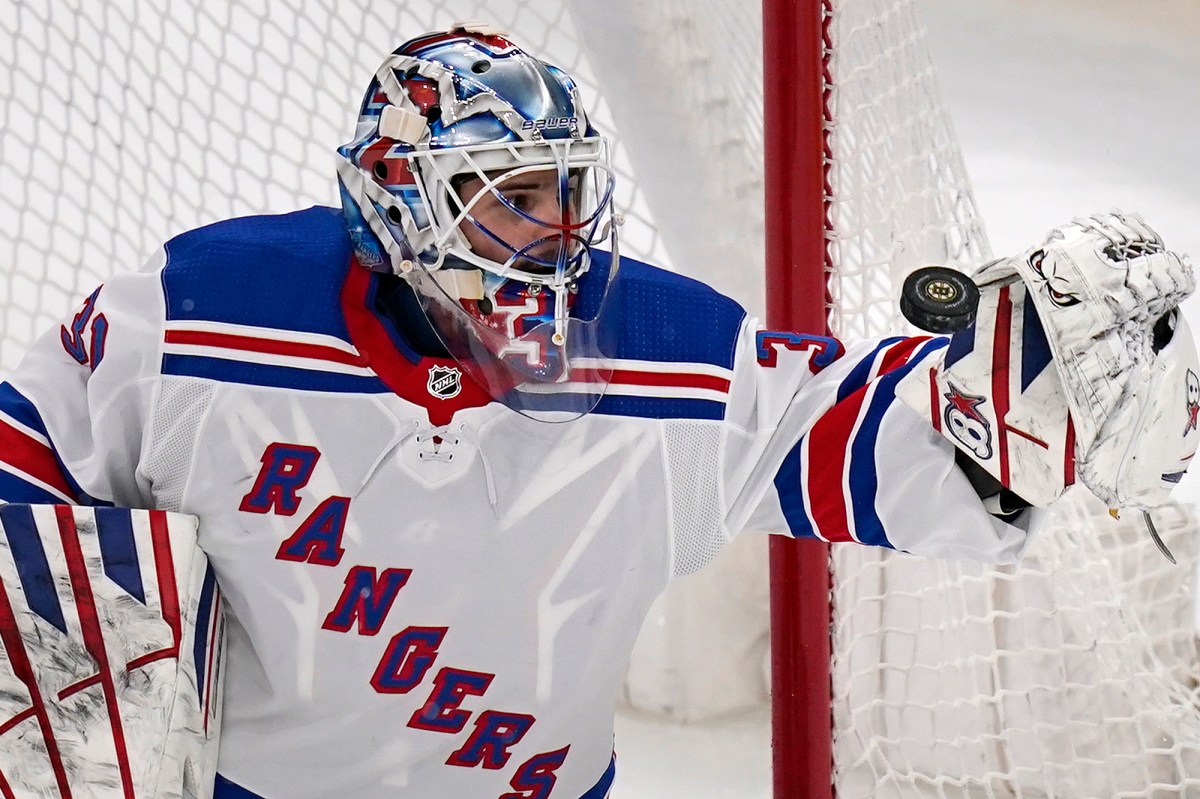 Igor Shesterkin opted not to exercise his arbitration rights by Sunday’s deadline, an indication that the Russian goaltender’s camp and the Rangers are making progress toward a new deal on their own.

The situation is straightforward for the Blueshirts, who have upwards of $13.6 million in salary cap space at the moment, per CapFriendly. Shesterkin is just two years away from becoming an unrestricted free agent and as a result, has immense leverage during negotiations. New general manager Chris Drury, therefore, likely will be looking to lock up the team’s young No. 1 goalie to a cost-effective four-to-six-year deal.

While his 47-game résumé over the past two seasons is just a sample size, Shesterkin has had more than enough flashes of brilliance between the pipes to prove his potential. That is going to cost the Rangers. It’s projected that Shesterkin could come in between $5 million and $6 million per season, but don’t be surprised if it leans closer to the latter at around $5.75 million.

Though he suffered a groin injury in March that sidelined him for 10 games, the 25-year-old still started 31 of 56 contests last season. During his first NHL call-up in 2019-20, Shesterkin missed three games with an ankle injury and then missed the first two games of the qualifying round in the bubble playoffs with a groin issue.

But in facing the reality of not having Henrik Lundqvist as a safety net any more, Shesterkin — and backup Alexandar Georgiev — stumbled through the beginning of last season. The Rangers had effectively strengthened their overall defense, but both netminders struggled to track the puck and failed to register a few key saves that cost the Rangers some early wins.

Shesterkin did finish relatively strong, backstopping 10 of the Rangers’ last 13 wins of the season. He ultimately finished with a 16-14-3 record with a 2.62 GAA and a .916 save percentage in 35 appearances.

With a significant raise from his $925,000 entry-level cap hit on the horizon, Shesterkin will need to fully step into the starting job and disprove any durability concerns. It wasn’t until the final two months of last season, after Shesterkin healed from his groin injury, that the Rangers began deploying him three to four games in a row.

Canucks goalie Thatcher Demko, who inked a five-year, $25 million deal in March, has been used as a close comparison for Shesterkin considering the two are the same age and have put up similar numbers. It’s possible Shesterkin could get a deal similar to the one the Avalanche gave Philipp Grubauer in 2018, which was a six-year contract with a $6.167 average annual value.

The path to Lundqvist’s vacated throne is within reach, it’s just up to Shesterkin to take it.