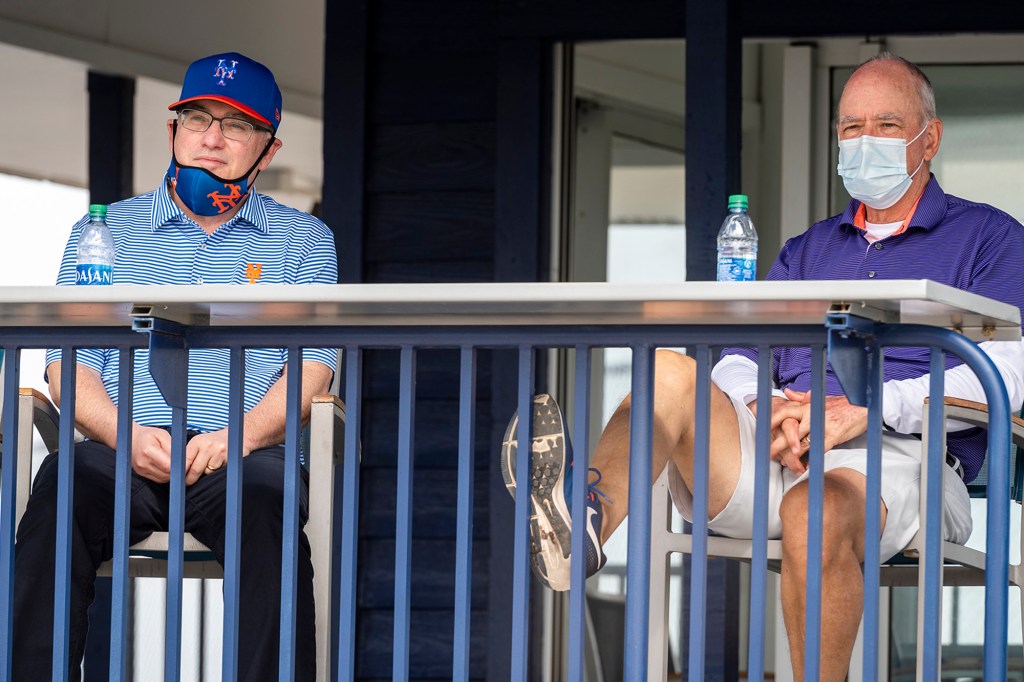 
After the Mets whiffed last winter in their attempt to lure an established president of baseball operations, team president Sandy Alderson and owner Steve Cohen are ready to take another crack this offseason.

But it begs the question: Why should the Mets believe the outcome will differ one year later? Team brass will again be fishing from essentially the same pond, with a significant difference: Prospective hires will have had a full season to witness from afar the organization’s warts under the new ownership.

“In one year the value of the team has gone backward significantly,” a former MLB executive said Wednesday.

There is the 10-year contract extension worth $341 million that Francisco Lindor received before the season that won’t kick in until 2022. Even with improved play in the second half, the shortstop’s overall numbers haven’t come close to suggesting he will be worthy of that deal.

Beyond the numbers, there is the question whether Lindor has the mettle to handle New York, in a season he has openly complained about booing he’s received and flashed thumbs-down to fans as a way of jeering them.

Besides the Lindor contract, there is the uncertainty around ace Jacob deGrom, who hasn’t pitched since July 7 because of forearm and elbow issues. Last week Alderson revealed DeGrom had a “sprain” or low-grade tear of the ulnar collateral ligament that the team president said has since healed.

The Mets are also marred by Alderson’s past two hires. In January, general manager Jared Porter was fired for sexual harassment of a female reporter during his Cubs tenure. Zack Scott was promoted from assistant to acting GM and on Aug, 31 was arrested in White Plains for DWI. He pleaded not guilty and is scheduled for a return to court next month.

“They had these two hires, and it looks like they are in disarray,” the former executive said.

The team also drafted pitcher Kumar Rocker from Vanderbilt with the ninth-overall pick, only to leave him unsigned because of concerns about his arm. Other teams passed on the right-hander because of those concerns.

Finally, there is the billionaire Cohen himself, and his love affair with social media as a potential drawback to any prospective hire.

“Cohen is out there tweeting about the organization and about stuff that he shouldn’t be tweeting about like he’s a fan,” the former executive said. “Why would somebody want to sign up for that? I think it’s a huge issue.”

Alderson, according to sources, is set to return to oversee the organization, despite this year of tumult on and off the field that has largely failed to distinguish the Mets from the previous ownership group headed by Fred Wilpon, Jeff Wilpon and Saul Katz.

Theo Epstein is the sexiest name on the market, after a season spent working for MLB, but whether he and Alderson could coexist in an organizational structure seems dubious given that the former Red Sox and Cubs GM unlikely would accept a position limited to baseball operations. Alderson has a close relationship with Oakland’s Billy Beane, perhaps making such a dynamic more imaginable, but Beane too would seem to overlap with Alderson as somebody who would want to oversee the entire organization.

Alderson, according to a source, recently told a confidant his preference would be to retain Luis Rojas as manager for next season given all the other potential upheaval within the front office. But that same source said Cohen and the new president of baseball operations (if one is hired) will likely have substantial input on the matter. A second source said Cohen — prior to purchasing the team — “really liked” Carlos Beltran’s hiring as manager before the 2020 season.

Beltran left the organization after 77 days for his role in the Astros’ illegal sign-stealing scheme. Rojas was hired as the replacement by the previous front office, headed by Brodie Van Wagenen.