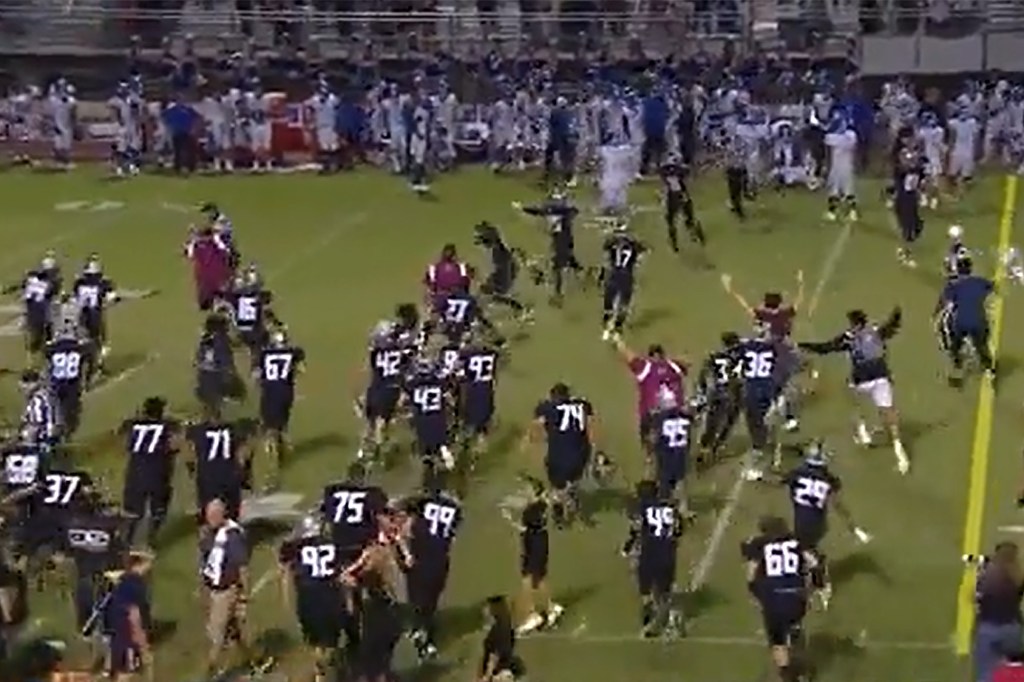 Friday night’s game between Hamilton High School (in Arizona) and Bishop Gorman (Nevada, and no relation to the infamous and apparently fictional Sycamore) became an instant classic after it appeared to be settled.

Hamilton trailed 24-7 with 70 seconds left before a tenacious late run helped it upend Bishop Gorman — the No. 7 team in the country, according to MaxPreps — 25-24.

Hamilton nailed a field goal to make it a two-score game before recovering the onside kick. A few plays and a touchdown pass later, and it was 24-17, the ESPN announcers needing to pay attention to the game again.

Marchiol, who was not feeling well and later vomited on the sidelines, according to the Las Vegas Sun, then ran in the two-point conversion for an all-time stunner. In all: 18 points in 70 seconds, with Hamilton winning 25-24.

Zdeno Chara returning to the Islanders after 20 years