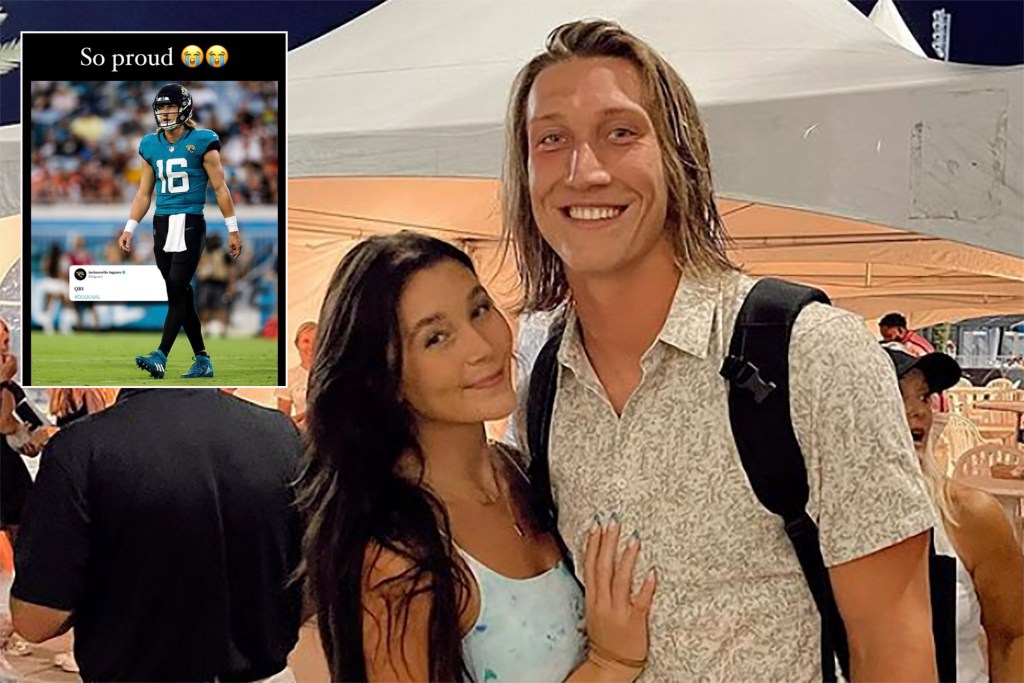 The quarterback competition in Jacksonville is over, with the team officially naming Trevor Lawrence as their starter over Gardner Minshew for Week 1 at the Texans.

While Duval is hyped for their future franchise QB’s regular season debut, no one might be more excited than his wife, Marissa Lawrence.

After the official announcement on Wednesday, Marissa took to her Instagram Story, posting that she is “so proud” of her QB1 hubby over a Clemson post celebrating their alum. She also reposted the Jaguars Instagram post announcing the decision.

Earlier this preseason, she posed with her husband after a scrimmage, beaming about how proud she was of “Number One Six.”

Marissa has been Trevor’s biggest cheerleader since they started as high school sweethearts, with the first couple of Jacksonville tying the knot in April of this year. Less than two weeks after becoming Mrs. Trevor Lawrence, Marissa was by his side when the Jaguars made their first overall selection.

The QB decision comes as no surprise to anyone who has been keeping track of the highly accomplished rookie out of Clemson. Lawrence is considered to be one of the greatest collegiate quarterbacks of all time, winning the 2018 CFP National Championship as a true freshman and finishing with an overall record of 34-2.

During the Wednesday announcement, head coach Urban Meyer also said Lawrence will start the final preseason matchup against the Cowboys this Sunday.

Lawrence signed his four-year rookie contract, worth $36.8 million with a $24.1 million signing bonus, in July.