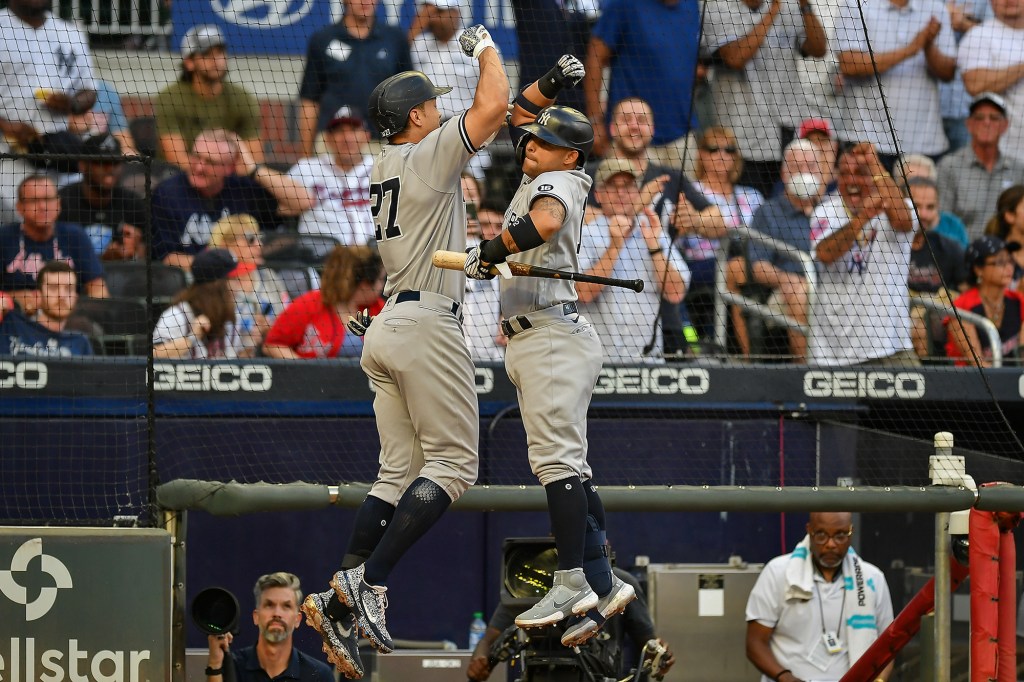 Oy, do the Yankees have headaches.

First-world headaches, to be clear. What other kind is there for a team that has won 11 straight games?

Actually, for a team that woke up Wednesday morning tied with the Astros for the second-best record in the American League (74-52), the Yankees do face the ongoing anxiety of their ninth innings, which continue to be shakier than Joe Biden’s approval ratings even as they pull off repeated escapes that would impress David Blaine. Let’s give that issue a rest as the Yankees themselves rest, however — again, they will carry an 11-game winning streak with them to the Oakland Coliseum on Thursday night, as they’ll open a weekend series with the dangerous Athletics — and tackle the other big topic at hand:

With the team going so well and enjoying such a great vibe, how will they integrate their guys returning from the injured list?

On Tuesday afternoon, before Wandy Peralta bailed out Aroldis Chapman by retiring Freddie Freeman in one of the most tense at-bats of this season, closing out a 5-4 win over the Braves at Truist Park with the bases loaded, manager Aaron Boone hammered that question as if it were a 2003 Tim Wakefield knuckleball.

“Guys have trickled back in during this streak,” Boone said. “We’ve been playing well for well over a month now, this goes back to. People have come in and come out. The more people we can get on deck and on board, we’ll take that.”

Injuries could solve this happy dilemma in a hurry. COVID-19, too. At this moment in time, though, the Yankees’ roster looks so strong, and the news on some of their recovering players so encouraging, that they face some tough decisions assuming the status quo holds.

Let’s rank those decisions from easiest to hardest and incorporate both playing time and roster management.

The third baseman, out since Aug. 1 with a strained left hamstring, is expected to rejoin the Yankees for Thursday’s game.

Playing time: He becomes the starting third baseman again. Slam dunk. While Rougned Odor earns a cap tip for doing his best at an unfamiliar position — just last Saturday, with Urshela’s return approaching, Odor took extra ground balls at the hot corner before starting the game against the Twins — he can’t compare to Urshela. His awkward handling of Ozzie Albies’ ninth-inning grounder on Tuesday night created the need for Peralta to ride to the rescue.

The Klubot, out since May 26 with a right shoulder strain, registered an encouraging performance Tuesday night for Double-A Somerset, allowing two runs to Akron over 3 ²/₃ innings while throwing 60 pitches. Tapping him to throw one more rehab outing brings with it multiple benefits: It allows the veteran to build up more arm strength and it kicks the can into September, at which point the Yankees can expand their roster to 28.

Playing time: He naturally rejoins the starting rotation in the hopes that he can build back up to the guy who pitched a no-hitter against the Rangers on May 19. That guy can start a playoff game. Andrew Heaney, who has performed better in his last two starts, can help out in long relief.

Roster spot: No need to jettison anyone as long as Kluber continues rehabbing into September.

The beleaguered shortstop, out since Aug. 9 with a left thumb sprain, could start playing in minor-league games this weekend and, like Kluber, is unlikely to return before September.

Playing time: Ah, so this is this column’s raison d’etre, right? You all love Bronx native Andrew Velazquez, who has stepped in admirably for Torres at short. You love his athleticism, his energy, his game-ending play against the Red Sox on Aug. 18 at Yankee Stadium, his first career homer three days later with his parents crying in the stands. And Torres generated minimal love both offensively and defensively this season. So what to do? Ease Torres back into the mix. Start him two games and Velazquez one — and bring in Velazquez for defense during late leads, plus you’ll have him as a pinch runner when he doesn’t start.

Roster spot: He joins Kluber as the second extra player. No need to demote anyone.

The right-hander, out since Aug. 1 with right shoulder inflammation, has hopes of working his way back into at least the bullpen.

Playing time: A guy who can enter mid-game and succeed against righty and lefty hitters? Sure, that’ll work. Can’t have enough of those types.

Roster spot: OK, now we’ve reached the maximum. So if German does make it back —and, again, if no one gets injured — the most obvious candidate to be dropped is Albert Abreu, despite his recent competence. That’s how you resolve a first-world problem.