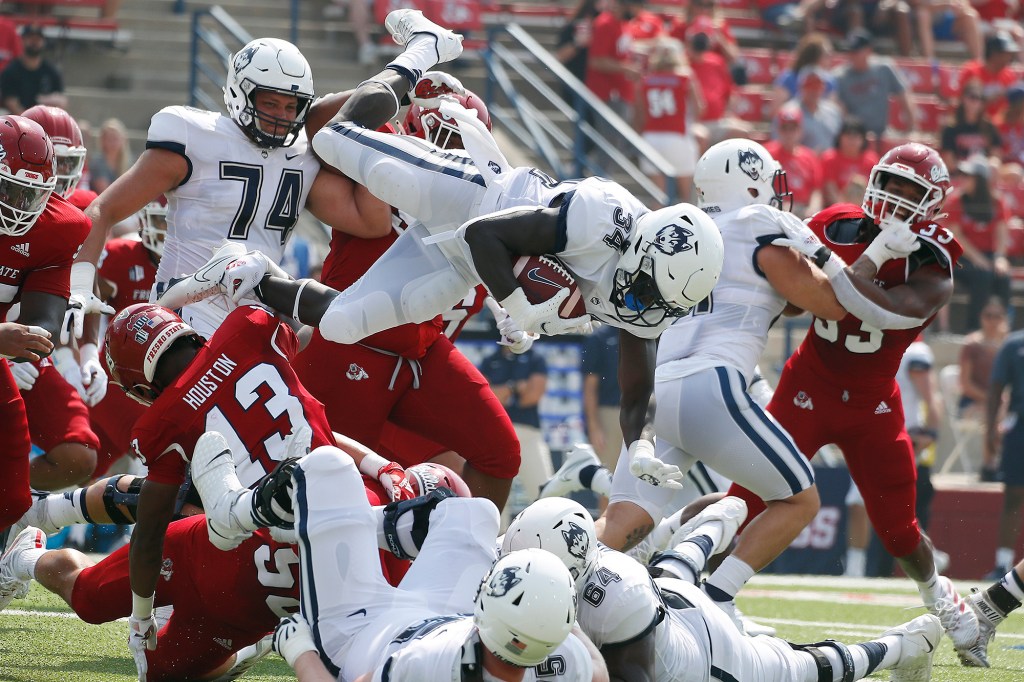 
Normally in this space, the focus is on excellence. Not today. Instead, I want to talk about ineptitude that is both robust and historic — a level of football so bad that it is perplexing bookmakers, bettors and casual fans. Let’s talk about Connecticut football.

Now, it’s not all bad. UConn covered the spread on Saturday for the first time this year as a 35-point underdog against Army. The Huskies were down 42-0 at half and scored 21 second-half points, headlined by their final score with around a minute remaining, to get within the number. By that point, the backups’ backups were getting action.

UConn is 0-4 straight up and 1-3 against the spread. This includes a 10-point loss to Holy Cross, which lost to Merrimack College the following week. The Huskies have been outscored 146-21 by Fresno State, Purdue and Army. Oh, and Randy Edsall, the former head coach, retired after two games.

UConn will play Wyoming, Vanderbilt, UMass, Yale and Middle Tennessee State next. While these teams rarely find themselves as colossal chalks, they will assume that role when these games are played. After that? The season ends at Clemson, at Central Florida and against Houston. Yikes!

It is hard to summarize how bad all three of these football games will be. In fact, it feels like a safety hazard to have Clemson, even in its offensively challenged form, play this football team.

Other than the $1.2 million Clemson will reportedly pay UConn to play this game, which is plenty, there is no real reason to actually play.

How do you create a point spread for a game like this?

One thing is certain. What we are seeing right now from UConn is historic. And it’s so remarkable, in a way the word is not normally used, I implore you to tune in.

A few other college football tidbits and observations: