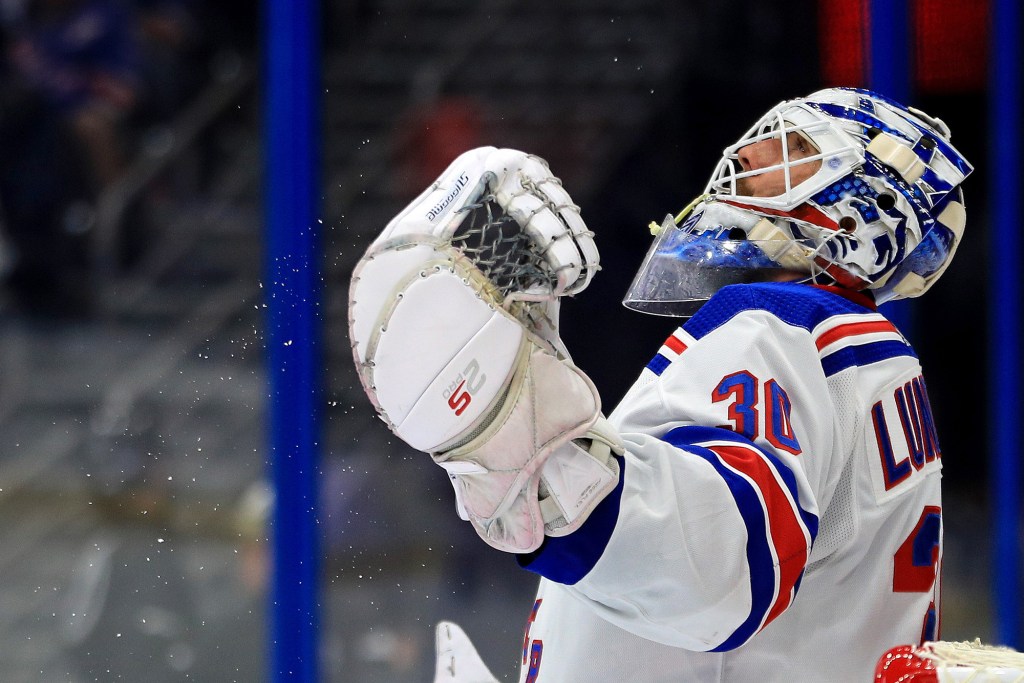 Regarding the Henrik Lundqvist Rangers:

1. Do Games 6 and 7 against the Devils in the 1994 conference finals, the penalty shot save against Pavel Bure and the franchise’s only Stanley Cup championship in the last 81 years elevate Mike Richter above Lundqvist in the pantheon on Blueshirts goaltenders, which also features Ed Giacomin and Dave Kerr?

If that is your contention, I wouldn’t attempt to dissuade you, for the 34.5-pound silver chalice is more than worth its weight in historical gold. Lundqvist versus Richter is a debate on which both sides have currency. For another team with more success, the choice would be self-evident. But here, 1994 stands alone.

Are you taking the Emile Francis Era, from 1966-67 through 1974-75, in which the Blueshirts of Giacomin, Rod Gilbert, Jean Ratelle, Vic Hadfield and Brad Park qualified for the playoffs nine straight years and went to the finals once and the semis three other times after having missed the tournament seven of the previous eight seasons?

Or are you taking the Lundqvist Years from 2005-06 through 2016-17 in which the Rangers of this vintage qualified for the playoffs 11 of 12 years, went to the finals once and the conference finals two other times after having missed the tournament the previous seven seasons?

Giacomin, Gilbert, Ratelle and Park are in the Hockey Hall of Fame. Lundqvist will be the only player from the latter era to gain induction into the HHOF. There is that to consider.

In their four-year peak from 2012 through 2015, Lundqvist’s teams went 8-4 in playoff rounds and 15-4 — honestly, how is that even possible without winning it all once? — in elimination games.

The side on which you come down in this debate may be generational, and no doubt there was more star power on The Cat’s Rangers. But there is no question whatsoever that Lundqvist’s Rangers were the more superior playoff team.

It kinda hurts for the kid from the original Section 419 to admit that.

“My rookie year, I felt like, ‘Wow!’ Everything was so big,” Lundqvist told The Post in advance of Friday’s retirement announcement. “My teammates … Jagr.

“It was kind of overwhelming.”

4. I have always been convinced that the Rangers lost the 2012 Cup when they failed to close out the Capitals in fewer than seven games in the second round.

Losing Game 4 (after winning Game 3 in triple overtime) and a potential clinching Game 6 (after tying Game 5 at 19:52 of the third period and winning it in OT) in Washington was devastating to a team that essentially cut down to nine forwards and five defensemen. They just did not have enough left to take out the more rested Devils in the conference finals after also having been put through a seven-game Round 1 meat grinder against the Senators.

John Tortorella never did a better job behind the Rangers bench than he did during the 2011-12 season, in which they won the Eastern Conference going away and fell one point short of the Presidents’ Trophy, but he never did a worse job than during those playoffs, with a group that was primed to win it all.

6. The crowning achievement: Game 6, 1-0 over Montreal at the Garden to go the 2014 Cup final and the miraculous second-period helicopter save on Thomas Vanek about two minutes before Dominic Moore scored the game’s only goal.

“I don’t know if it’s because I’m getting old or maybe because I’m a goalie, but I don’t remember too many specific games or saves as much as the entire feeling of the experience of my career and of my teammates,” Lundqvist said. “But if there’s one moment, yeah, 1-0 against Montreal to go to the final, the way the Garden was, that would be the one.”