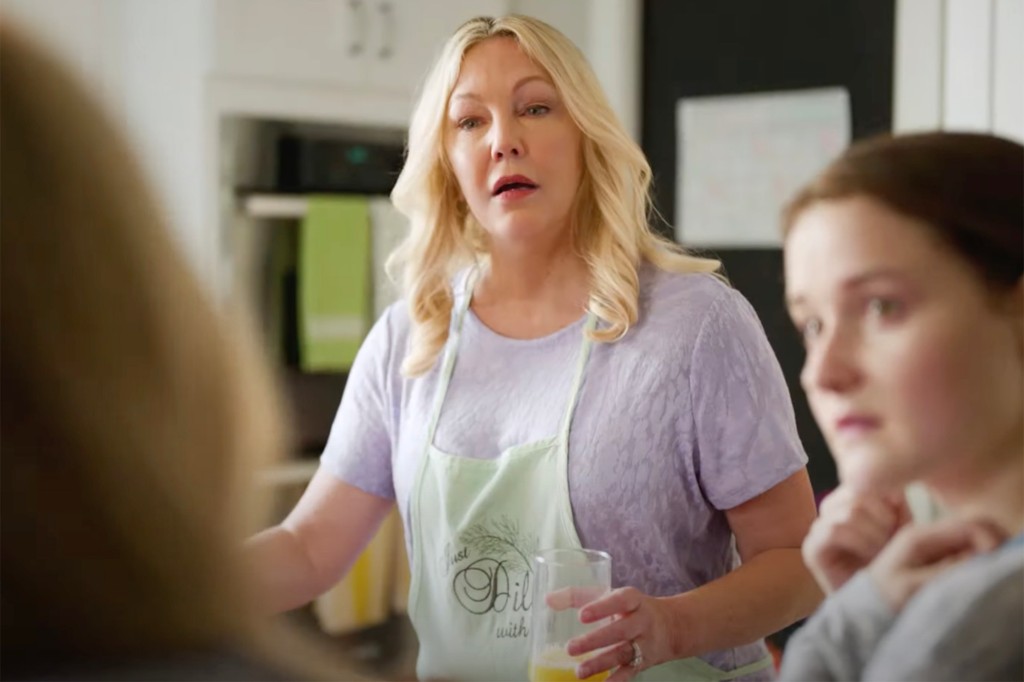 The “Melrose Place” alum will be making her comeback to TV with a new Lifetime flick produced by former “The View” co-host Meghan McCain — and Amanda “Bitch” Woodward looks very different this time around.

The dramatic movie is based on the inspirational book of the same name, co-authored by Kristine and her late husband, Dr. Richard Carlson, which spent more than 100 weeks on best-seller lists and is still considered one of the fastest-selling reads of all time with over 15 million copies sold worldwide.

At a press event for the drama, the veteran actress opened up about her fear of returning to the small screen — in an against-type role no less — after four years away.

“The challenging part of it was so fearful for me,” Locklear said during Lifetime’s Fall Movies event on Tuesday.

To prepare for the film, the “Perfect Man” star consulted with the real-life Kristine herself, namely for an emotional scene where Locklear’s character learns her husband died of a pulmonary embolism.

“She said, ‘It’s almost like a child dying’ — and that stopped me in my tracks,” Locklear — mother to Ava Sambora, her 23-year-old daughter with Bon Jovi guitarist Richie Sambora, 62 — explained. At first, she wasn’t sure if she could access the feelings to deliver the scene — but Locklear said she ultimately “felt very safe” and delivered the goods on camera.

Locklear later spoke to People about how coming back to filming ended up being “so easy” for her after a public hiatus. “I don’t know why I was so fearful of memorizing lines, how about getting emotion across,” she said.

Food Network star, fellow ’80s “it girl” actress and friend Valerie Bertinelli, 61, soon to be seen in an equally against-type role as Demi Lovato’s mom in the NBC sitcom “Hungry.” gave her much encouragement to get back into the acting game. Locklear said it “felt really good to hear from someone else fearing the way I feared.”

The “Spin City” actress was last seen back in June looking fresh-faced when she was spotted going makeup-free while getting a bite to eat. In 2020, Locklear celebrated a big milestone — one year of sobriety. A friend of the actress told People last year that “she is doing great and looks great.”

“She is gardening and taking walks and cooking like a fiend,” the friend said, noting that Locklear cooks for her elderly parents. “It’s so thoughtful. She’s strong and clear-headed and she’s thoughtful about others.”

“Don’t Sweat the Small Stuff” will drop on Oct. 16 on Lifetime.

What did we learn from Week 1? Watch our Jets, Giants writers give their thoughts