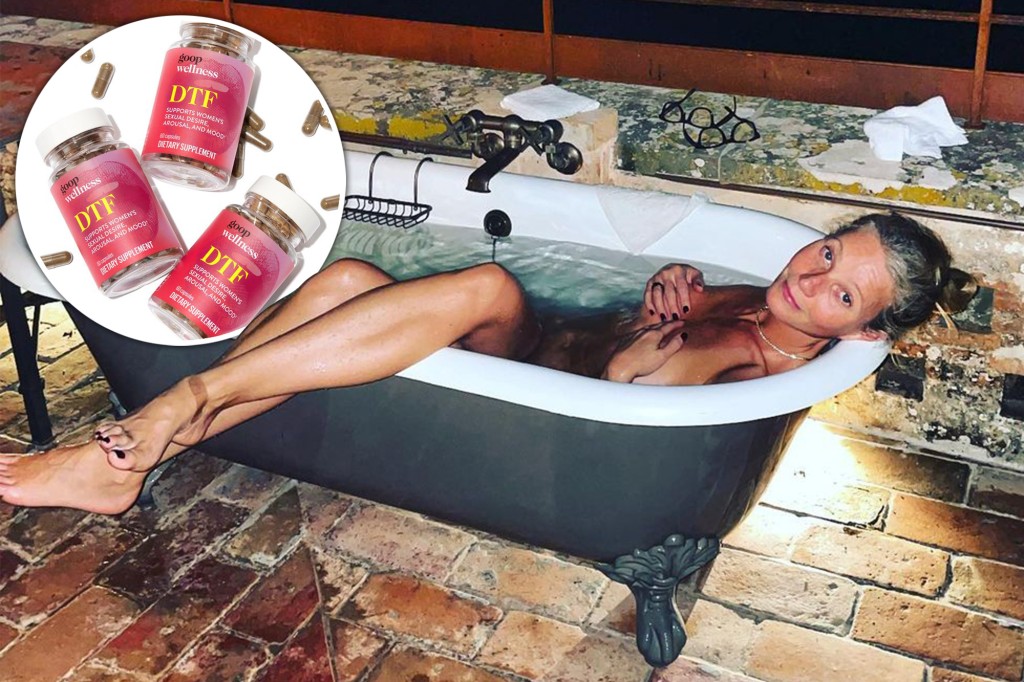 
The Oscar-winning actress who brought you the infamous “This Smells Like My Orgasm” candle is on a mission to get ladies in the mood.

Yes, the product’s name is taken from the digital slang abbreviation for “down to f–k.”

Like Viagra for women, DTF promises takers not only more desire for sexual pleasure — but just more pleasure in general.

“It’s not just about sex: It’s about supporting our pursuit of more pleasure, more often. And yes, we chose to name it DTF. It can be a joke we share,” 49-year-old Paltrow hypes in Goop’s official press release. “We’re not ashamed to say we wanted help shifting our sex drive into gear. And we also know we’re not alone — everyday stress and anxiety, hormonal fluctuations, and fatigue can all impact female libido and sexual health.”

Anyone with a medical condition, planning to become pregnant or currently breastfeeding should consult their health care professional ahead of use. No contraindications have been indicated between DTF and birth control, a post about it on the Goop website notes.

Past Goop products to go viral include Paltrow’s “This Smells Like My Vagina” candle, which made headlines after reportedly exploding in a UK woman’s home earlier this year.