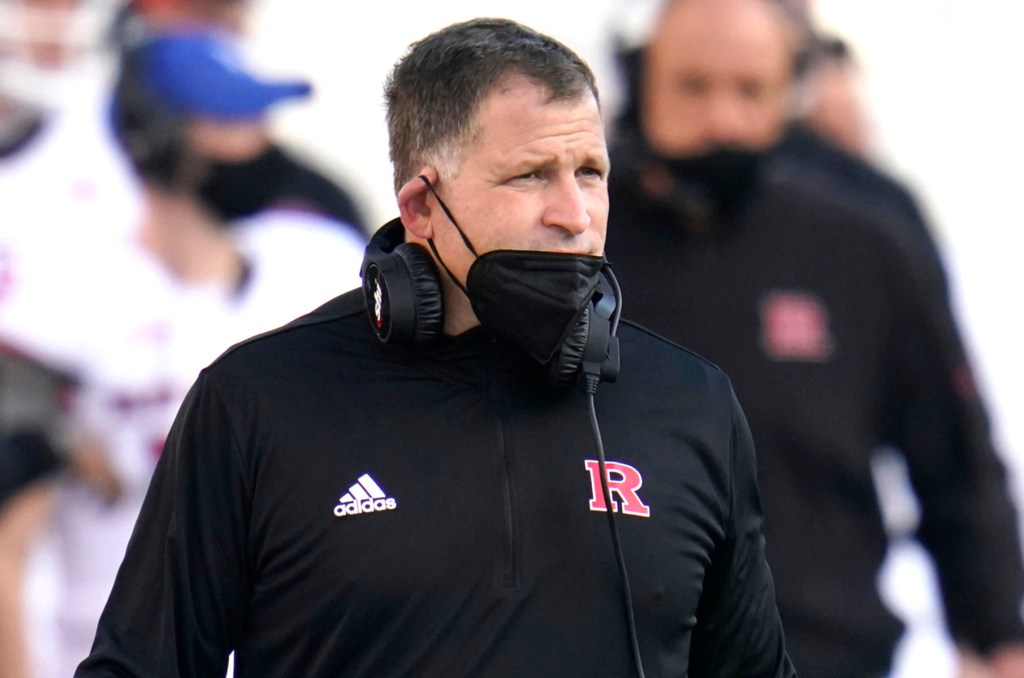 
PISCATAWAY, N.J. — Greg Schiano ran his team out of the tunnel in front of a sellout crowd at SHI Stadium, like he’d done so many times before during his 13 years as the Rutgers coach.

Playing in front of fans for the first time since his highly anticipated return to Piscataway in December of 2019, things didn’t go as planned. The 55-year-old coach led his team down the tunnel, veered right and fell to the turf after colliding with a TV cameraperson.

“That was the low point of the day,” Schiano said. “So that was good.”

Aron Cruickshank had a career-high 206 all-purpose yards, the special teams made big plays, the defense was stifling and the offense managed the game as Rutgers opened the season with a 61-14 win over Temple on Saturday.

Rutgers scored over 60 points for the first time since 2016, and first time against an FBS opponent since 2008.

Noah Vedral was 15-of-27 passing for 138 yards and a touchdown for Rutgers. He also had a team-high 58 yards on eight rushes.

Cruickshank returned four kicks for 113 yards and two punts for 55 yards, and he carried it three times for 24 and caught one pass for 14.

Adam Korsak pinned Temple at its own 1-yard line on a 56-yard punt, setting up a sack in the end zone by Olakunle Fatukasi to give Rutgers a 2-0 lead just over three minutes into the game. Cruickshank had a 57-yard return on the free kick to set up a 25-yard field goal by Valentino Ambrosio for a 5-0 lead.

Late in the first quarter, Rutgers cornerback Tre Avery intercepted a pass by D’Wan Mathis and returned it 20 yards to the Temple 2-yard line. Johnny Langan punched it in on the next play for a 12-0 lead. On the ensuing kickoff, Jamier Wright-Collins caused De’Von Fox to fumble, setting up another Langan touchdown — this time for 1-yard — to make it 19-0.

Fatukasi caused a fumble on a 3rd and 6 to put Rutgers on Temple’s 22-yard line and Kyle Monangai scored his first collegiate touchdown for 26-0.

Temple put its first points on the board on an 11-yard touchdown run by Edward Saydee, set up by a 38-yard pass from Mathis to Jose Baron.

Mathis scored on a 3-yard run to make it 26-14 after the first drive of the third quarter. However, Mathis went to the medical tent to get his left ankle taped, and exited the game shortly after, going 8-of-24 for 148 yards and an interception.

“When they came out and scored to start the second half — I’ve been doing this a long time and I knew that was a pivotal time for this football team to see what we did,” Schiano said. “Were we going to take the momentum of this game or was this going to go down to the end and be decided by a field goal?”

Rutgers would run away.

Bo Melton took a short pass 40 yards for a touchdown to give Rutgers a 33-14 lead. Melton’s younger brother, Max, would pick off Justin Lynch on the ensuing possession and return it 46 yards for a score.

“It was bad as we could possibly play,” Temple coach Rod Carey said. “Five turnovers on the day. Spotted them 26 and climbed our way back into it and gave up some more on some easy stuff. Not anything positive out of that in all three phases and got to get back to work and fix them.”