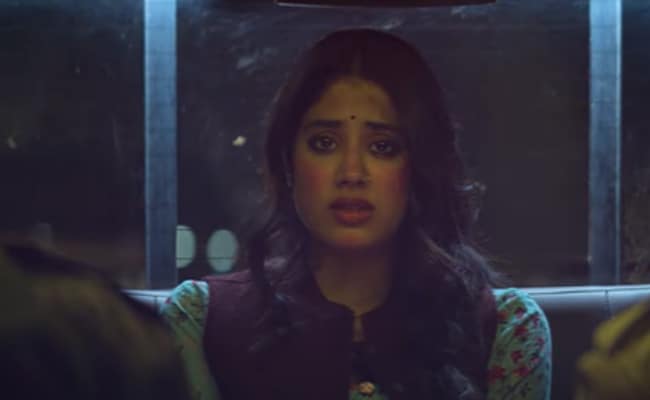 Finally, the makers have unveiled the trailer of Janhvi Kapoor’s upcoming movie GoodLuck Jerry. The trailer begins with a quote that read, “Nasha Chahe jaisa ho, hota yeh bekaar, sharir todta, bimaari laata, kar deta lachaar (Drugs are injurious to health, it breaks down the body and make a person helpless)”. In the trailer, we can see Janhvi aka Jaya Kumari (Jerry), an ordinary Bihari girl, who sells momos for a living, steps into the drug smuggling business in Punjab in order to support her ill mother (played by Mita Vashisht), who is battling lung cancer. The trailer will take you on a rollercoaster journey of Jerry from selling drugs to stealing all the drugs from the kingpin (played by Sushant Singh) of this illegal trade. The trailer also offers a glimpse of Deepak Dobriyal’s character, who stars as Shekhar, Janhvi Kapoor’s admirer.

Soon after Janhvi Kapoor shared the trailer, her industry friends and fans flooded the comment section. Filmmaker Ashwiny Iyer and Sharmin Segal dropped heart and fire emoticons. A user wrote, “Nailed it ….. outstanding,” while another wrote, “Wow what a phenomenal performance best actress ever”.