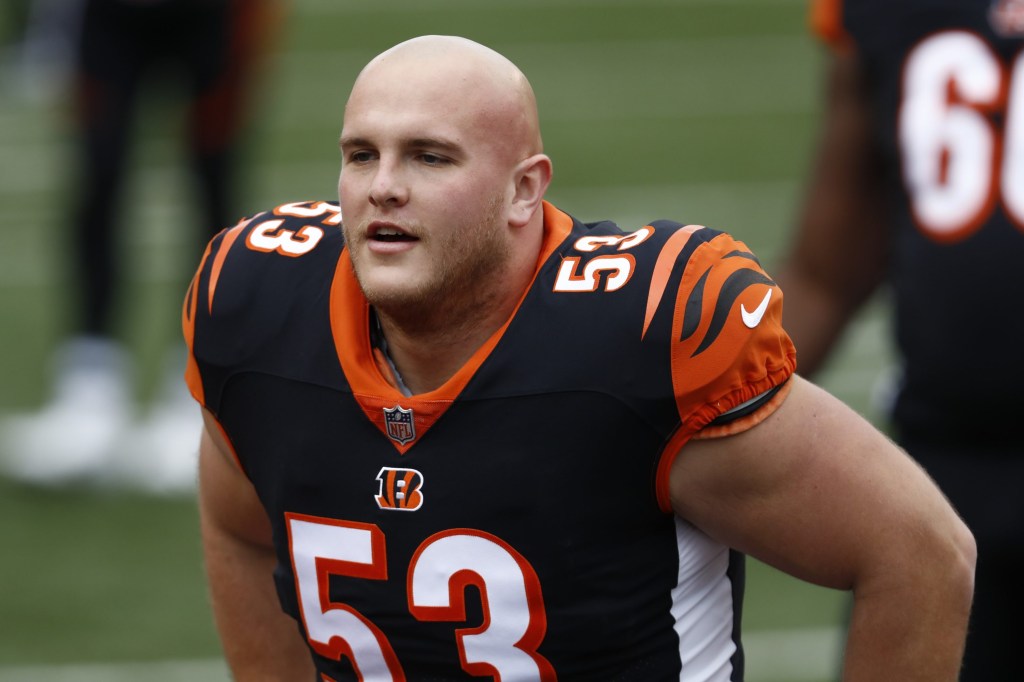 It took an ugly preseason performance, but the Giants might be willing to meet in the middle with critics regarding their offensive line.

The Giants pulled from an area of depth to address an area of weakness Monday when they traded defensive end B.J. Hill to the Bengals for offensive lineman Billy Price, according to sources. Hill did not play Sunday against the Patriots, which suggests he was protected against injury and trade talks were underway before the offensive line set off alarm bells by allowing four sacks and 11 quarterback hits.

“I saw some things that were very encouraging, and obviously things we’ve talked through as a staff that we’ve got to make sure we focus on and really improve these next two weeks to give our team an opportunity,” coach Joe Judge said. “Offensive linemen work by operating as a unit and continuing on with the chemistry — whether it’s five, six, seven or eight guys that rotate through those positions.”

How much Price, 26, can quiet the noise is unknown. On one hand, he is a former first-round pick with center and guard flexibility. On the other, he started only one game for Pro Football Focus’ No. 30-ranked offensive line (Giants were No. 31) while remaining healthy all last season.

Despite annual struggles up front, the Giants’ plan going into the season was to start five players age 25 or younger, none of whom have established credentials. They cut their best blocker (Kevin Zeitler) to make salary cap room for receiver Kenny Golladay, promoted the benched Will Hernandez back to starter, and didn’t sign a free agent to a contract worth more than $1.2 million or use any of six draft picks on the line.

Then training camp happened. And reasons to be unhappy mounted.

Left guard Shane Lemieux (knee) has been out since July 29, right tackle Matt Peart is on the verge of losing his starting job to Nate Solder after Solder’s 609-day layoff between games, and two depth veterans — Joe Looney and Zach Fulton — unexpectedly retired. Kenny Wiggins struggled as the first up to replace Lemieux and was replaced as a starter Sunday by fellow journeyman Ted Larsen, who is dealing with an injury.

“We’re trying to build the depth on the offensive line across the board by coaching everyone every day,” Judge said. “Everyone’s at a different point of development, so I can’t really worry about comparing our program to somebody else’s. We’re going to coach who we have available.”

Price’s addition does nothing to quiet the biggest problem on the line — and not just because he ranked No. 73 out of 74 NFL guards who played at least 300 snaps when he made eight of his 19 career starts in 2019

Left tackle Andrew Thomas — the No. 4 pick in the 2020 draft — was routinely beaten against the Patriots by little-known Josh Uche. Offseason foot surgery and a year of experience were supposed to be the cures for Thomas allowing the second-most pressures in the league (57) as a rookie.

“The importance is really taking whatever’s on tape and making sure we build on the positive and eliminate the negative things,” Judge said. “We know that [first three opponents] Denver, Washington and Atlanta are all watching the same tape we are right now, so we’ve got to make sure we’re sharp and we’re efficient in correcting it.”

Hill, a 2018 third-round pick who started 12 games as a rookie but zero last season behind Leonard Williams and Dexter Lawrence, became expendable to the Giants when youngsters Raymond Johnson and David Moa started making plays. There was “a lot” of interest in Hill, Judge said.

“I think he is a starting defensive lineman in this league,” Judge said. “I think this is an opportunity to improve our team and put a player we have a lot of respect for in a position to go out there and get paid starter money. It’s something I think works out for both parties very well.”