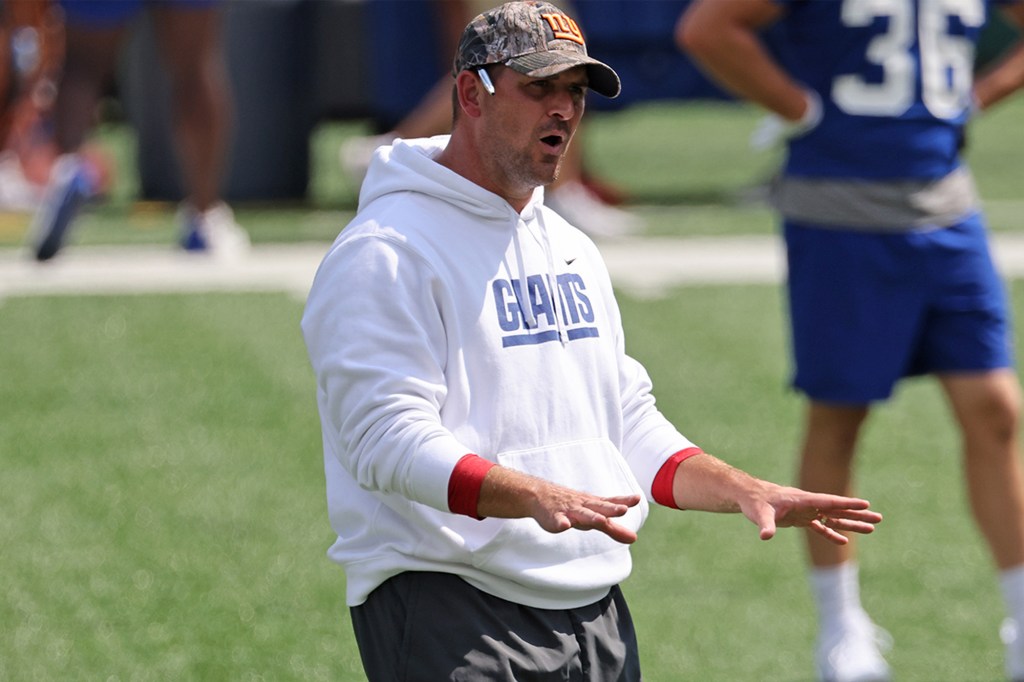 In his first summer as an NFL head coach, Joe Judge put together his first Giants roster without so much as one preseason game to evaluate. He did not have a normal spring acclimation or the usual number of padded practices in training camp to get a feel for the players he had to assess on a daily basis.

It was not an optimal way to make a head coaching debut.

One year later, Judge is putting the finishing touches on an offseason that operated closer to normal, with COVID-19 protocols still in effect but not nearly as invasive as his 2020 experience. The Giants will complete their preseason schedule Sunday night against the Patriots at MetLife Stadium, giving Judge and his staff three games to evaluate the bottom, middle and top of the roster.

“Well, there’s a number of positions that are still up for grabs,’’ Judge said.  “As we go into every game, every season, the best players will play, so whoever is practicing better will get the nod that week and in the game.

“In terms of the majority of the team at this point, we have a pretty clear picture on a lot of positions. We’ve had a number of exposures to these guys, whether it’s preseason games, whether it’s competitive practices, whether it’s practices here, training camp, as well as our knowledge of some things they’ve done for us in the past, here or elsewhere. But you know, they got to go out there and they’ve got to play and they’ve got to play with consistency. So, there is a clear picture for the majority of the roster, but there’s still a lot of positions that are up for grabs.’’

The first two preseason games for Judge were mostly about taking a look at players for the bottom half of the roster, as he kept almost all his starters on the sideline. He put the starters on the field in Game 3 to get them live action snaps two weeks before the regular season opener against the Broncos.  There was still plenty of evaluating to be done with the players squarely on the bubble, players who will either make the cut, get signed to the practice squad or not be in the program entirely.

“At the same time, you’ve got to really go ahead and see a lot of other guys that are in competition and see if they could make that kind of lasting impression. We’ve had a lot of exposure, so one play is not going to make it, but it’s never too late.’’

On offense, the Giants have to sort out several spots. Does rookie Gary Brightwell stick at running back behind Saquon Barkley, Devontae Booker and Corey Clement? It is unlikely free agent pickup Cullen Gillaspia beat out Eli Penny at fullback. Did rookie Jake Burton do enough to stick as a reserve offensive tackle?  Was Davis Sills’ strong showing as a pass-catcher enough?  With Kyle Rudolph not ready yet following foot surgery, is Nakia Griffin-Stewart, a first-year player from Pittsburgh, the third tight end?

On defense, the reserve cornerback spots are in flux, although rookie sixth-round pick Rodarius Williams seems squarely in the mix.  On the line, did B.J. Hill — a third round pick of a different coaching regime — do enough to beat out David Moa or Raymond Johnson III?   At outside linebacker, free agency signing Ifeadi Odenigbo was not overly impressive in camp or the preseason games.  At inside linebacker, does the presence of Carter Coughlin in a new role mean Niko Lalos is in danger of missing out?

And, as far as roster spots, what do the Giants do with draft picks Aaron Robinson (cornerback, third round) and Elerson Smith (outside linebacker, fourth round), who missed everything this summer because of injuries?

“It’s unfortunate a couple of these young guys haven’t been able to get out there and get the experience, but like anybody else, we’ve got to get them going and get them rolling,’’ Judge said, comparing Williams and Smith to Xavier McKinney, who missed the first 10 games as a rookie last year coming off a broken foot before contributing late in the season.  “We’re not going to take them, just throw them in there and say, ‘Hey, now go handle a full game.’ You’re going to bring them in on a specific plan, let them execute and focus on that, keep their windows small and then growing it a little as you go.’’