Giants’ season may hinge on beating Washington yet again 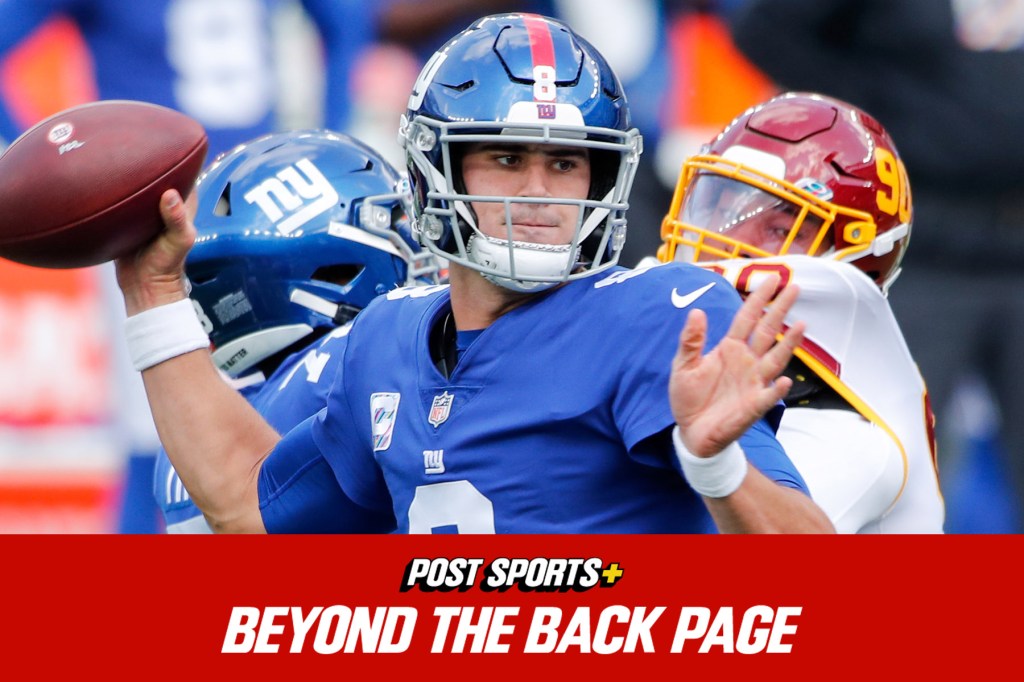 
What statistics do the Giants and Jets have in common entering Week 2, and how will their games affect them going forward for the rest of the season?  Also, our favorite New York-based 30-for-30 documentaries and Norm MacDonald’s sports-related comedy gold.

We already are staring at a getting-late-early divisional weekend for the local football outfits, with two games that should tell us plenty about what kind of seasons the Giants and the Jets are headed for over the remainder of 2021.

The key number to focus on for both teams is 4-19, an odd coincidental statistic that is highly pertinent to their respective Week 2 rivalry matchups.

That happens to be the Giants’ record in games started by Daniel Jones against all NFL teams aside from Thursday night’s opponent, the Washington Football Team. It also represents the Jets’ overall regular-season mark against Bill Belichick and the Patriots, who they’ll face Sunday at MetLife Stadium, since 2010.

Carmelo Anthony finally reveals the truth about the banana boat