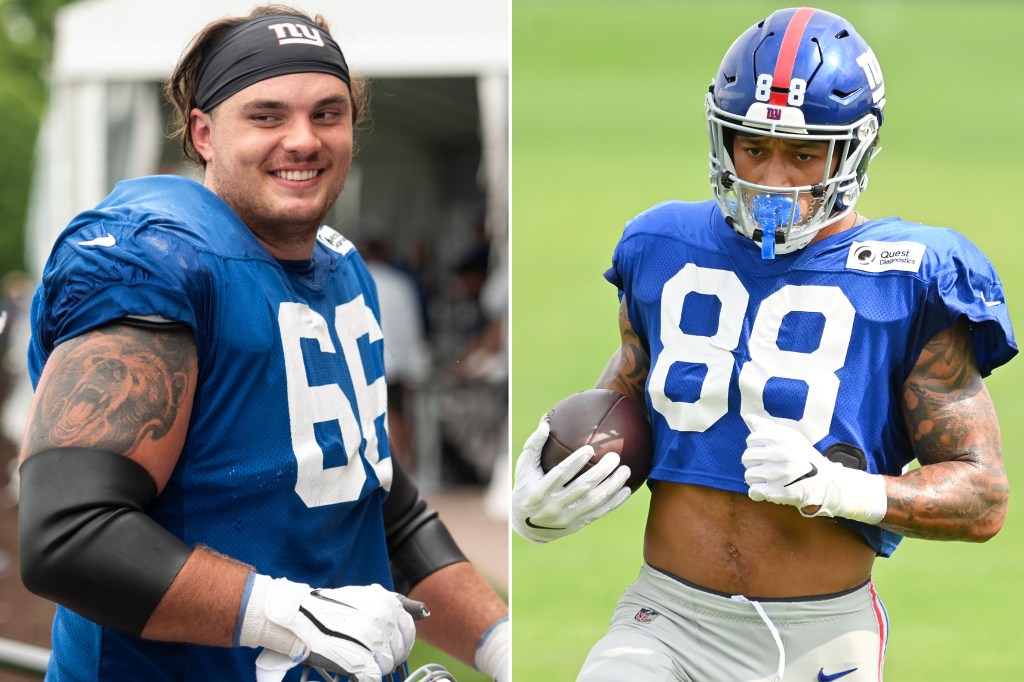 
Shane Lemieux started at left guard for the Giants in their season-opening loss to the Broncos, but played only 17 of the 61 snaps on offense as he continues to deal with a knee issue. Lemieux on Wednesday was ruled out of Thursday night’s game in Washington, meaning there will be a shakeup on the offensive line.

Tight end Evan Engram (calf) was also ruled out. Engram did not play in the opener.

Lemieux’s spot on the line last week was taken by Ben Bredeson, who played 44 snaps at left guard. Bredeson participated in only six practices with his new team after arriving in a trade with the Ravens. It is not certain Bredeson will move into the starting lineup now. The Giants have other options, as they seek to identify and put their five best players on the field.

One move they could make is to slide Nick Gates from center to left guard and insert Billy Price at center. Price, 26, was acquired late in training camp in a trade with the Bengals. He is a former first-round draft pick (2018) out of Ohio State with 19 NFL starts on his resume, but he failed to hold onto the starting job with the Bengals and was deemed expendable.

Gates, voted as a team captain, started all 16 games at center in 2020 but has position versatility. He started two games at right tackle in 2019 and one at right guard. He started 25 consecutive games at left tackle in college at Nebraska.

It would be a risk to give quarterback Daniel Jones a new center in Week 2 of the season. The Giants may opt to go that way, or they may not. Washington has one of, if not the best defensive lines in the league, with four first-round draft picks as starters, including Chase Young, taken No. 2 overall in 2020.

Engram pushed to make his 2021 debut this week but there was not enough time for his calf to heal. Veteran Kyle Rudolph made the start in his first game with the Giants but was not much of a factor in his 47 snaps. Coming off foot surgery that kept him out of training camp and all three preseason games, Rudolph caught two passes for 8 yards.

Linebacker Cam Brown, a special teams contributor, was also ruled out with a hamstring injury.