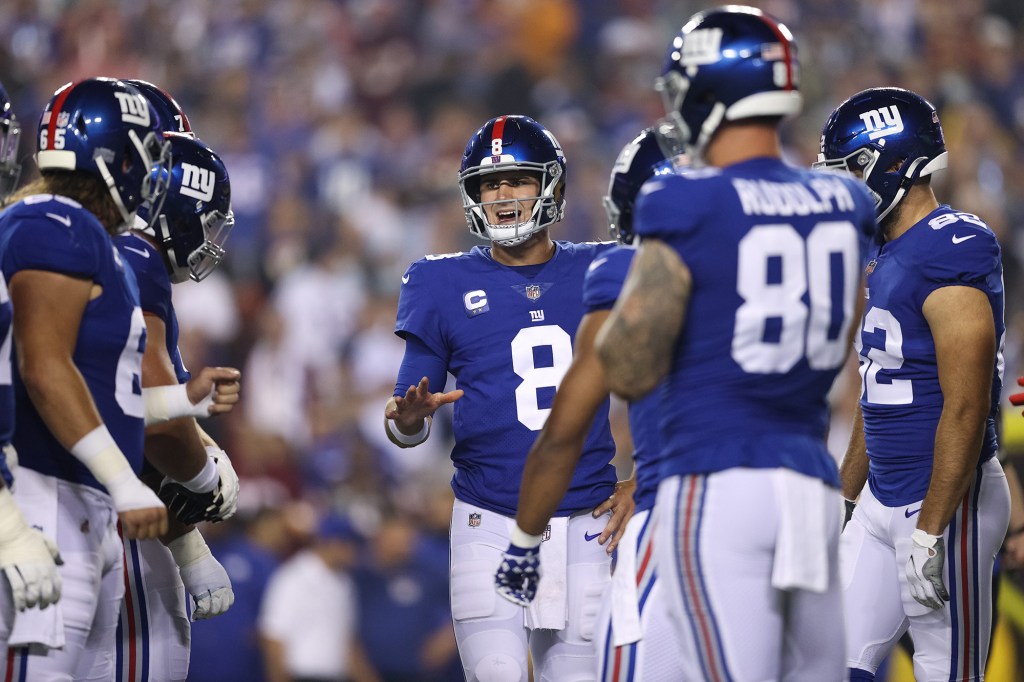 Here is a puzzle for you. Sadly, I do not think this is anywhere near as challenging as a Rubik’s Cube, or even a “Wheel of Fortune” answer, with or without vowels …

Yes, yes, yes. This is the way the Giants have begun their last four seasons before this one. You may well be numb to all the losing, but you are also certainly keenly aware of it. And you are, no doubt, fully aware that the Giants will lug another 0-2 record into Sunday’s Elipalooza matchup with the Falcons — who are also 0-2.

It is usually foolish to make proclamations such as the one that will follow this paragraph this early in a football season. Teams recover from 0-2 all the time. They may be less inclined to recover from 0-3 but, then, this is a 17-game schedule for the first time ever. Time may bear out that the longer schedule affords teams a better chance to recover from a poor start. But what we know right now, this moment, one thing is clear:

The Giants have to win the game.

No. It’s deeper than that. Oh-and-three would mean that for the fourth time in the last five years, the Giants’ season would enter a tunnel of irrelevance before the end of the baseball regular season. The one exception to that rule — the 2-2 mark they carried into October two years ago — was immediately followed by a nine-game losing streak that might actually have been the worst extended streak of the last five years, amazing when you consider how many candidates there are.

And look: Even that might not matter. Even if the Giants can slip past the Falcons and get to 1-2, here’s what comes after that:

At New Orleans (in what will be the Saints’ first home game of the year; good luck). At Dallas (pack extra helmets). Home to the Rams. Home to the Fighting Darnolds. At Kansas City. Home to the Raiders. Bye. At Tampa Bay …

We’ll stop there. What’s the best-case scenario you can work up for that six-game stretch, 2-5? So even in the best-case word the Giants would carry a 3-7 record into their first meeting with the Eagles on Nov. 28. And unless the NFC East follows last year’s path, that means officially beginning to play out the string before Thanksgiving.

Now, look: Beating the Falcons won’t make that upcoming schedule any easier. You still have a quarterback roster of Winston, Prescott, Stafford, Mahomes, Carr and Brady waiting to take aim at them (to say nothing of the Fighting Darnolds). But Monday morning sure would seem a little bit more hopeful at 1-2.

“This is a good team,” Giants head coach Joe Judge said of the Falcons, who really aren’t, and who really shouldn’t spoil what ought to be a fun, festive day all the way around at MetLife Stadium Sunday. “We have to focus on getting better as a team every week. That has to be our guide.”

Fair enough. As long as it’s enough to beat the Falcons. There is no room for argument here. There is no wiggle space. The Giants must be 1-2 Monday morning or else they’ll be worse than a bad team around here.

A week before the end of baseball season. Again.