Giants get some good Kenny Golladay news after injury scare 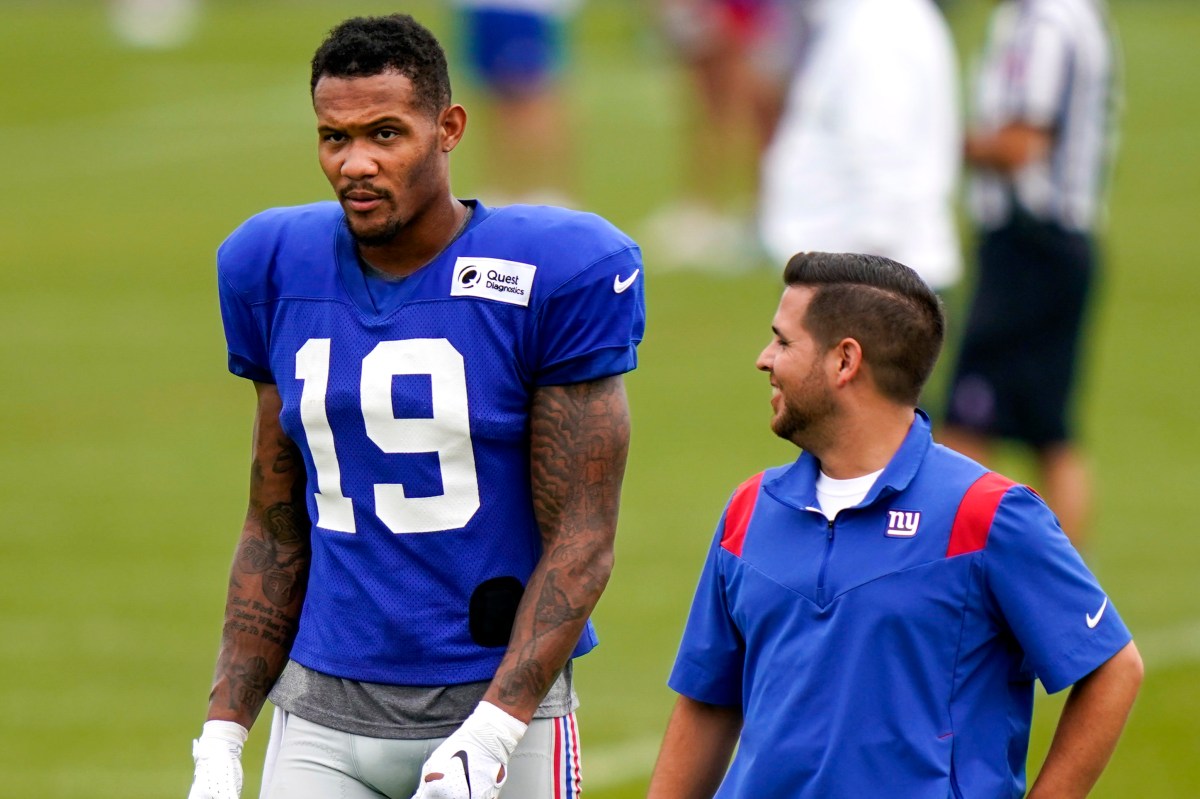 At this point, it looks as if the hamstring injury that sent wide receiver Kenny Golladay walking off the field Tuesday before the end of practice is not a serious setback and should not keep him out of training camp action for an extended period of time.

The injury is more a tweak than a strain, according to a source. Golladay will be monitored and certainly will be held out for a bit as a precaution. Hamstring strains can keep a receiver out for weeks, sometimes more than a month, but that should not be the case with Golladay, who does have a history with this particular injury. He missed five games as a rookie with the Lions in 2017 with a strained hamstring and sat out the first two games last season with the same issue.

The Giants have not yet featured the deep passing game in training camp and Golladay has not made many eye-catching plays in his first six practices with his new team. He crossed over the middle Tuesday to haul in a short pass on the first play of a 7 on 7 drill and linebacker Tae Crowder arrived to knock the ball away, slightly impeding the progress of Golladay. The receiver was knocked to the grass, got back up and immediately reached to grab the back of his leg.

Golladay signed a four-year deal worth $72 million on March 20. His addition, along with rookie first round pick Kadarius Toney, is supposed to trigger a rejuvenation of the passing attack. One week into camp, this has not materialized.

Toney recently came off the COVID-19 list and Tuesday was the first time he took the field to participate in individual drills. Golladay got off to a slow start in the new offense and now will miss some time with a hamstring issue.