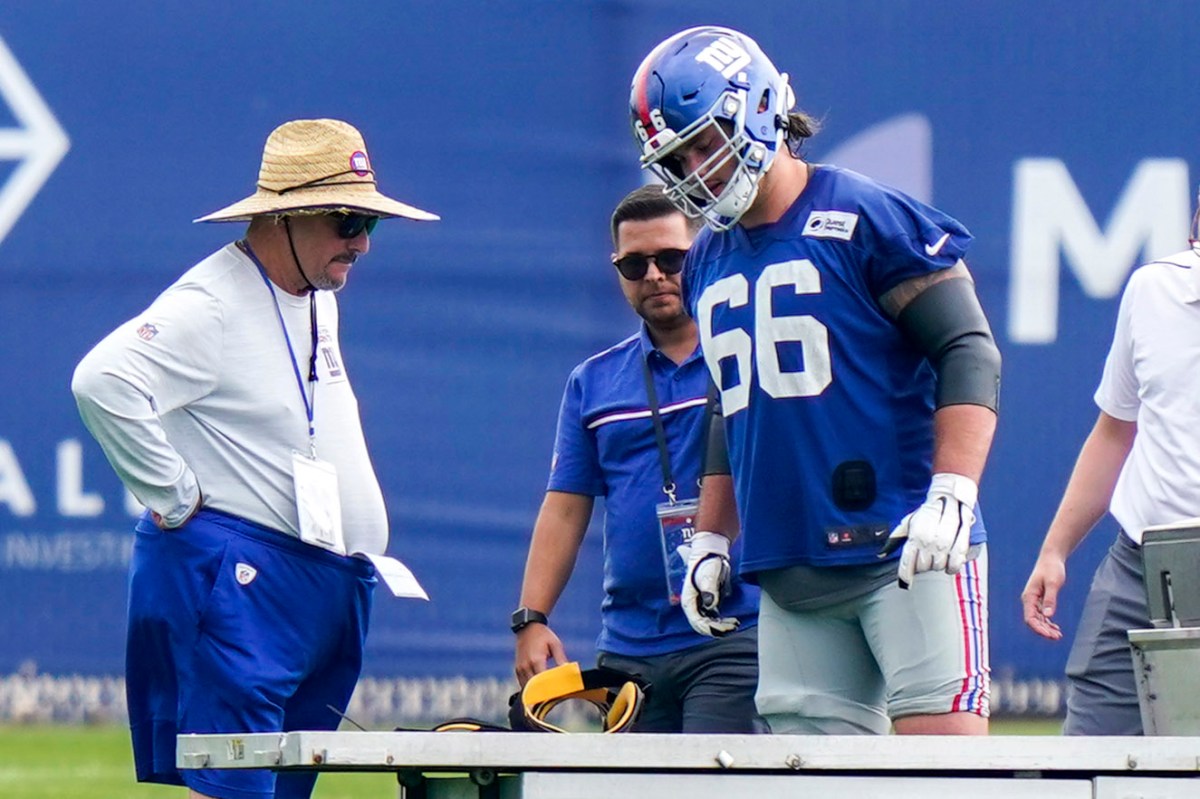 That exhale you heard was from the Giants after learning that Shane Lemieux, their starting left guard, did not sustain a serious knee injury.

Coach Joe Judge said Friday morning that “the worst-case scenario has been avoided” after the MRI exam of Lemieux’s knee came back without any ominous results.

The Post reported Thursday that the preliminary indication from a source was that Lemieux did not sustain any structural damage in the knee. Further testing will determine the extent of the injury and Lemieux is expected to miss some time, but he avoided a major issue.

Lemieux was carted off the field during Thursday’s practice.

A 2020 fifth-round draft pick, Lemieux started the final nine games last season as a rookie. His presence at left guard prompted the Giants to move veteran Will Hernandez to right guard.