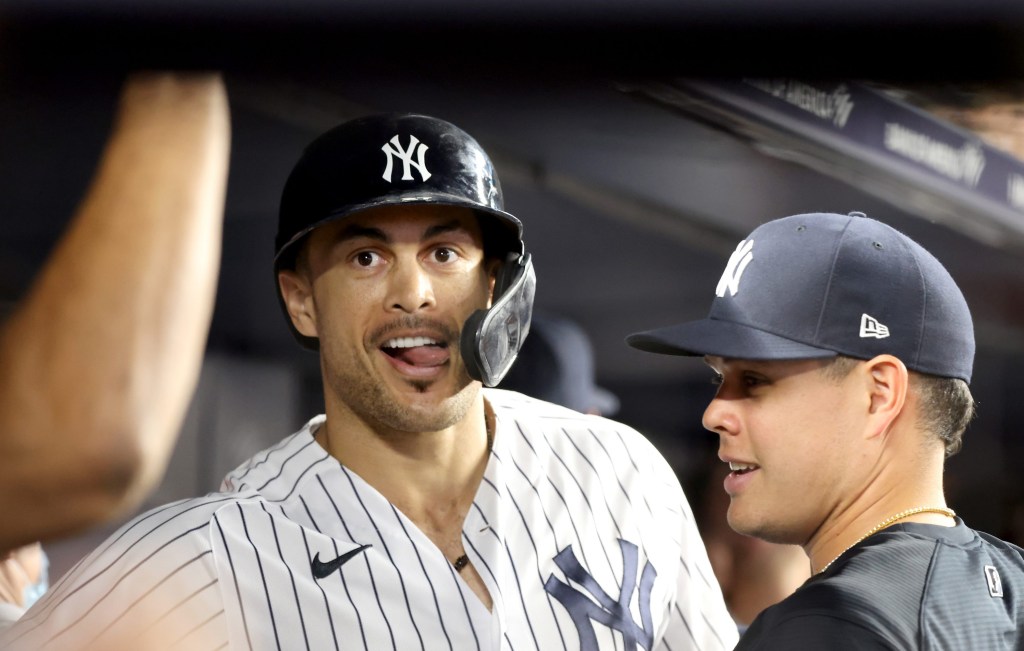 If those two descriptions don’t always go hand in hand, they sure do when it comes to Giancarlo Stanton and his robust 2021.

Remember when Stanton looked like an intractable, inflexible, untradeable entity, an albatross around the Yankees’ payroll for the foreseeable future? Well, if the 31-year-old has done nothing else this year, he surely has increased his appeal to other clubs, an effort he intensified Tuesday night with a 419-foot homer to help the Yankees post their 11th straight win, 5-4 over the Braves at Truist Park.

Not only is Stanton clobbering the baseball, with a.267/.368/.481 slash line, but he is doing it in bulk, his 105 games and 439 plate appearances easily exceeding the 41 and 166 he totaled in 2019 and 2020 combined. Just in the last month, moreover, he returned to the outfield after not having played there since September 2019. Tuesday night marked his 12th outfield start over a span of 25 games.

To boot, Stanton has done something else this season: Combine his success, relative good health and improved versatility with what has transpired elsewhere around the Yankees’ roster, and it becomes harder to envision an offseason Stanton trade — one that would occur only with his blessing, thanks to his no-trade protection, to be clear — as solely an escape. The departure of the $159 million due him through 2027 (and probably no team would assume the entire bill) would bring some pain, in addition to salary relief.

“When he’s going good, he’s obviously a guy that changes the game all the time,” manager Aaron Boone said of Stanton on Tuesday. “So [we] just want to continue to make sure he’s in that good place as much as we can all help him do that, and we’ve seen him in stretches — obviously we saw him in the playoffs, everyone kind of hopped on his back and he led us through all that. Just want to make sure he continues to remain in a good place and we continue to get those good results.”

Now, let’s call a timeout to ensure we don’t forget the elephant in the room: Even this season, generally healthy (he missed 14 days with a left quad injury in May) and reaching base in 21 straight games, Stanton is mad streaky. He put up a ghastly .214/.320/.333 slash line in 23 July games, and had another half-month (from his May 28 return from the injured list through June 15) with a .186/.286/.419 line. This comes with the territory for a 6-foot-6 guy with funky mechanics.

“One of the reasons he’s able to hit the ball as hard as he is is because as big and as strong and his levers and if he gets it all working properly, those are big-time assets,” Boone said. “But it’s also why you’ve seen people over the years that sometimes can be more difficult for larger people to be really consistent. Because there are more moving parts to get into [a] strong position. So that’s, I’m sure, something that guys who are bigger have to constantly deal with. Advantages, there [are] plenty, but there [are] also challenges.”

The Yankees’ most perfect everyday player of 2021 is probably Aaron Judge … and he can be a free agent after next year, as can his fellow outfielder, new arrival Joey Gallo. Brett Gardner appears likely to retire after the season, and young guys Miguel Andujar and Clint Frazier have registered disastrous campaigns. On the designated hitter front, meanwhile, Luke Voit has reminded us this year just how dangerous he can be — and just how injury-prone, too.

Maybe by season’s end, the variables will have changed dramatically once again. To even be having this discussion in late August, however, ranks as an upset. Who figured Stanton would be this good, this upright (props to Yankees director of player health and performance Eric Cressey for keeping both Stanton and Judge active), this vital? It’s a heck of a development amid a dizzying pinstriped season.