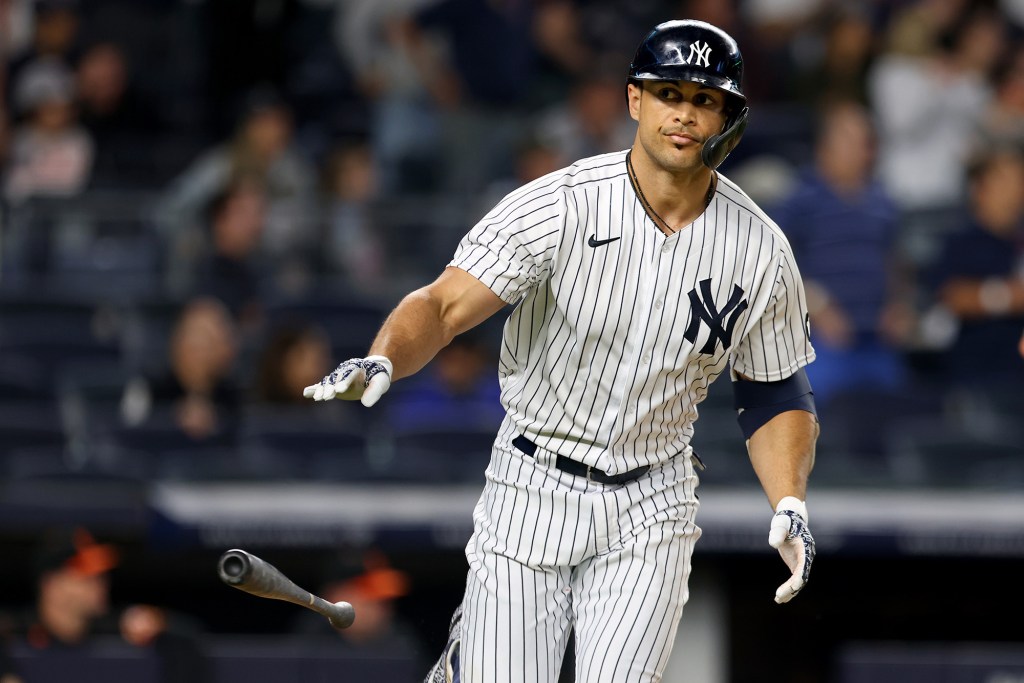 Naturally, it turned into a nailbiter — as is the Yankees’ custom.

But even after falling behind in the top of the 10th inning, the Yankees came back to tie it and then win it in the 11th as Giancarlo Stanton delivered a walk-off single for a 4-3 victory over the Orioles.

Stanton wasted no time in the bottom of the 11th, smoking a single up the middle to score automatic runner Aaron Judge from second base.

Clay Holmes had worked the top of the 11th for the Yankees (78-56) and quickly had runners on the corners with no outs. But he escaped with the 3-3 game intact by getting a pop-up, a fly out shallow enough to right field and a strikeout.

Friday marked the Yankees’ 76th game this season decided by two runs or fewer — tying the Mets for the most in the majors — and they improved to an MLB-best 49-27. But they were unable to pick up any ground on the Rays, who continued to pump out wins with a 5-3 victory over the Twins.

Ryan Mountcastle gave the Orioles the 3-2 lead in the top of the 10th off Wandy Peralta when he roped a one-out single to left field to score the automatic runner.

DJ LeMahieu then tied the game in the bottom of the inning with a single through the right side, scoring automatic runner Tyler Wade from second base. LeMahieu got to third after a wild pitch, but he was stranded there as Joey Gallo popped up and Judge grounded out.

Until extra innings, the Yankees had been unable to crack the Orioles’ bullpen, which entered the day with the highest ERA in the majors (5.44). The Baltimore relievers held the Yankees to just one hit in four innings through the ninth, sending the game to the 10th knotted up 2-2.

Orioles lefty starter John Means held the Yankees hitless until there were two outs in the fourth inning, when Stanton changed that in a big way. Stanton crushed a 424-foot solo shot, his eighth home run in the past 14 games, to put the Yankees up 1-0.

The Yankees padded their lead in the fifth. After Rougned Odor drew a one-out walk, he advanced to third on a bloop single by Gary Sanchez. LeMahieu then drove him in on a sacrifice fly to make it 2-0.

Nestor Cortes Jr. was strong through five scoreless innings, scattering just three singles, but Trey Mancini took the lefty deep in the sixth for a solo home run to get the Orioles within 2-1. Mancini’s blast knocked Cortes out of the game after 5 ²/₃ innings, in which he gave up four hits and two walks while striking out seven.

Former Yankees prospect Jorge Mateo tied it an inning later off Jonathan Loaisiga, crushing a solo shot to left field. It was the first home run Loaisiga has allowed since May 7 and only the third all season, across 68 innings.

Chad Green flirted with danger in the eighth, putting runners on first and second with two outs, but got out of it with a strikeout. Aroldis Chapman then worked around a walk in the top of the ninth to give the Yankees a chance to win it in the bottom half.

In his return from the injured list after missing nearly a month with a thumb sprain, Gleyber Torres went 0-for-4 with a pair of deep fly outs.