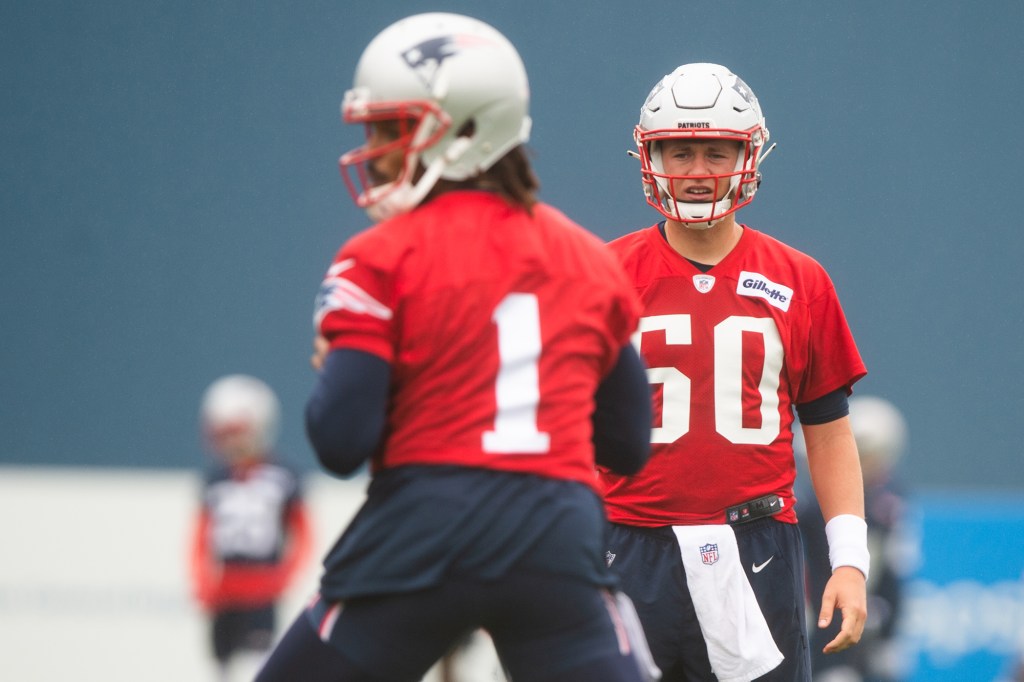 On his YouTube series, “The Dan and Ninko show,” Ninkovich said the 23-year-old rookie was helping Newton, a 10-year veteran, learn the playbook.

“From what I gained from sources inside the actual building… Mac was basically helping Cam learn the playbook,” Ninkovich said. “Mac was having less mental errors and a better understanding of the offense.”

Ninkovich added that Newton didn’t run the no-huddle offense or two-minute drill in the preseason, despite the former MVP receiving first-team reps and being considered the starting quarterback as recently as two weeks ago.

Newton, who started with the Patriots last season under longtime and current offensive coordinator Josh McDaniels, was released last week as NFL teams trimmed down their rosters to 53 players.

Jones got the majority of starting reps after Newton missed five days of practice — in the week leading up to the final preseason game — over what the team characterized as a “misunderstanding” with COVID-19 testing protocols.

It confirmed that Newton was unvaccinated, which led to speculation that his vaccination status played a role in the Patriots dumping the 2015 MVP.

Newton’s NFL future remains up in the air, while Jones, the 15th overall pick out of Alabama, will take the field against the Dolphins to open the season next weekend.