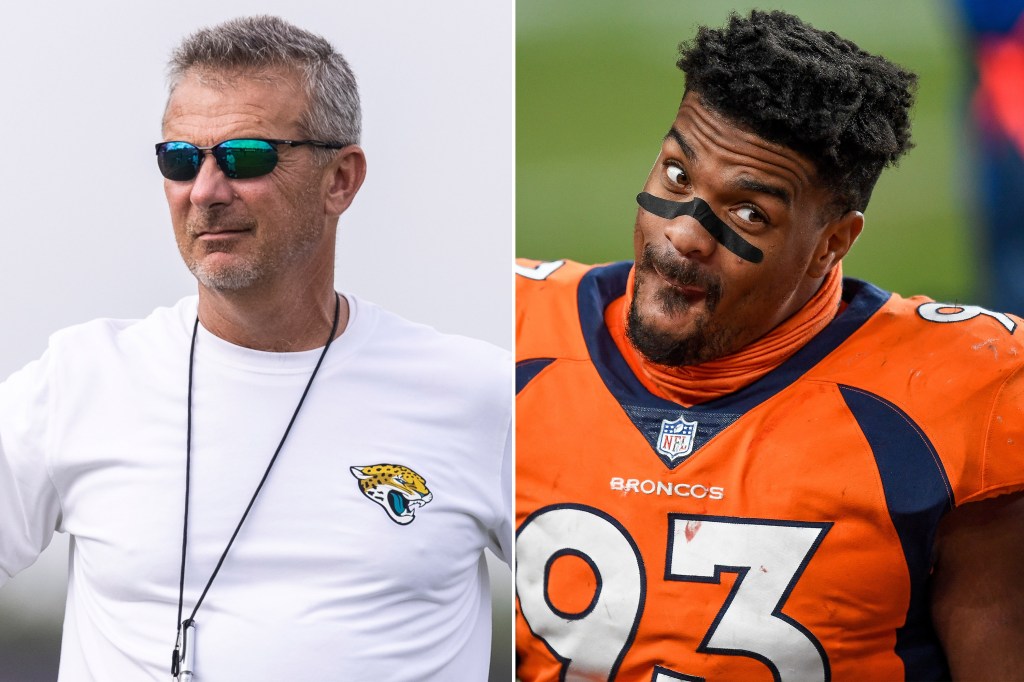 
Dre’Mont Jones, a Denver Broncos defensive lineman who played under Urban Meyer at Ohio State from 2015-18, said that he’s not surprised to hear that Meyer’s tenure with the Jacksonville Jaguars has been supposedly filled with turmoil and a disconnect with the team’s veterans.

“I just know how he is,” Jones said during a Thursday press conference. “I’m not going into great detail about it. But, like, it doesn’t surprise me.”

The Jaguars dropped their season opener to the Houston Texans, 37-21, and reports surfaced before the game that Meyer’s temper, among other things, didn’t resonate with Jacksonville’s players and coaches. According to a CBS report, Meyer becomes “unhinged way too easily,” and another source added that he questioned job security with some staffers based on preseason performances — where Jacksonville went 1-2, winning their final exhibition contest against the Cowboys.

That called into question Meyer’s durability over the course of a 17-game season, according to the report. With the Jaguars coming off a 1-15 year, he is likely to endure more losses than he ever accumulated in a single collegiate season.

“You can’t freak out about preseason games and belittle your coaches — on a staff you handpicked — every time things don’t go your way,” a source told CBS. “It’s not going to work here.”

Jacksonville hired Meyer, a longtime college coach, in January out of retirement to replace Doug Marrone. He drafted Trevor Lawrence four months later as the quarterback of the future. In between, Meyer hired a staff that blended college and professional coaches, attempting to create an environment that mirrored successful ones he built at Florida and Ohio State.

When USC fired Clay Helton earlier this week, Meyer’s name appeared in early lists of potential candidates despite his NFL stint entering its second game. But Meyer said on Wednesday that “there’s no chance” he’d leave the Jaguars and take the USC job.

“I’m here and committed to try and build an organization,” Meyer said.

Jones said in a June podcast appearance with Denver teammate Shelby Harris that Meyer would have to “shake things up” in terms of his coaching philosophy and style, recalling instances where Ohio State’s star players — like Joey and Nick Bosa, or its quarterbacks — were treated differently than the others. Anyone outside of that upper tier was “ridiculed” and “dogged” to a point where it made them want to quit, Jones claimed.

“Going from college to pro is always difficult, no matter what the level is — whether it’s coaching or playing,” Jones said on Thursday. “Especially because a lot of his philosophies were a lot college-based, and you can’t do that with 30-plus men or even 25-plus men who’ve been around the league and they know what they’re doing now and they’re well-established.”

‘Dune’ director joins Marvel-bashing bandwagon: ‘Nothing more than a cut and paste’

The unfathomable reason behind the Giants’ downfall