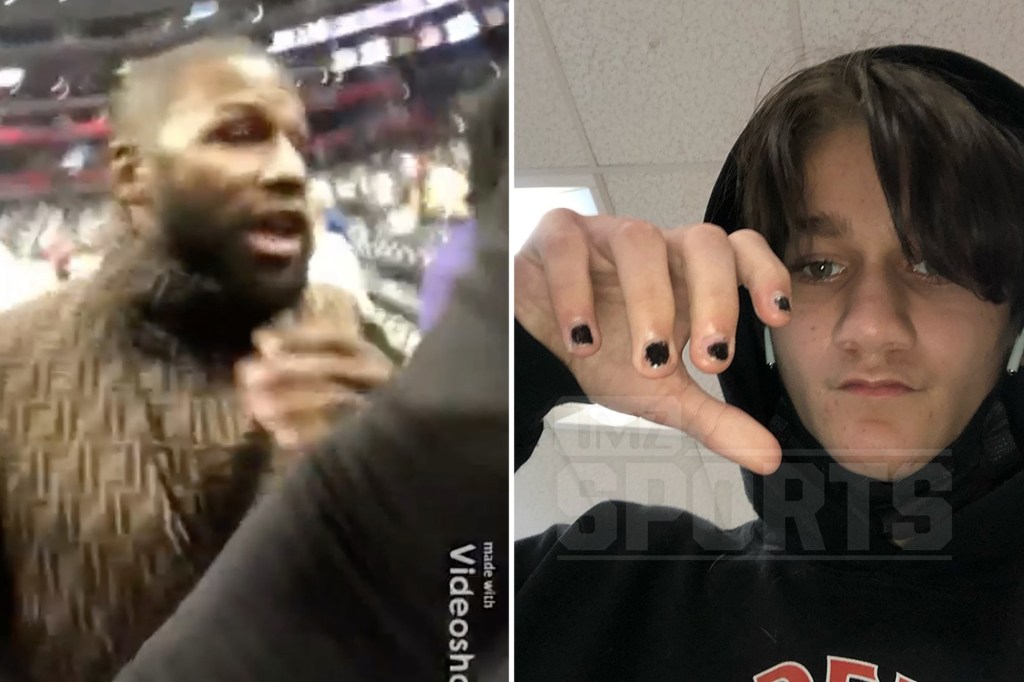 The former boxing champ, 44, was caught on camera refusing to pose for a photograph with a teenage boy, seemingly because he had painted nails.

TMZ obtained video of the incident, which occurred at the end of an NBA game in Los Angeles on Saturday.

In the clip, the male fan approaches Mayweather to ask for a photo. However, the boxing legend brushes him off, responding: “You got painted nails, I don’t take pictures with guys with no painted nails.”

The sports icon hurries away before the boy turns the camera to selfie mode and states: “Floyd’s a homophobe. You guys saw that first. Floyd doesn’t want to take a picture with me because my nails are painted. Bro, really?”

Mayweather’s representative strongly denied allegations of homophobia when approached by TMZ for comment Tuesday. The rep claimed the ex-boxer was simply in a hurry to leave the NBA game.

However, eyewitnesses told the publication that Mayweather was happily posing for pictures with other fans around the same time.

Mayweather previously made headlines for using a homophobic slur in 2017.

“You punk, you f – – – ot, you ho,” Mayweather yelled at boxing opponent Conor McGregor during a promotional event for their boxing match. He later apologized for the remark.

“Best way to defeat Floyd Mayweather is to just paint your finger nails, and he’ll be running away to his mama in second,” another mocked.

US, China sparring over Taiwan heats up anew – World News