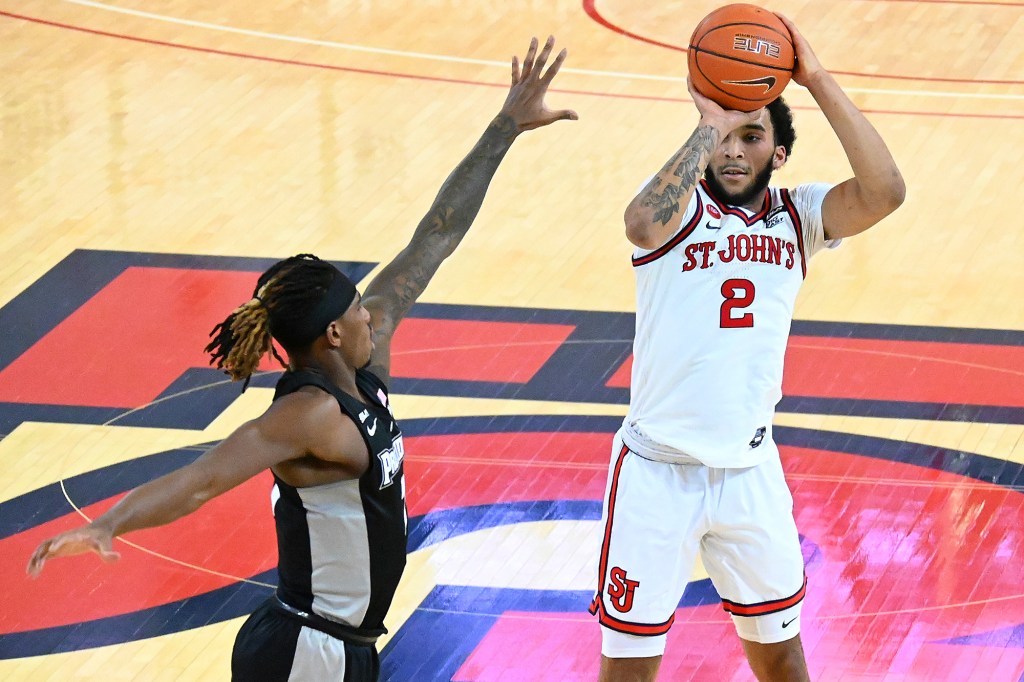 
Big East Media day is less than a month away. The college basketball season is just 47 days from tipping off. Soon, this heavily anticipated year for St. John’s will be upon us, and on Thursday, the Big East released its conference schedule.

Below are five takeaways from the Johnnies’ full slate:

For the third time in four years, St. John’s will open the Big East season against local rival Seton Hall in Newark at the Prudential Center on Dec. 20. It has lost those previous two matchups, at the buzzer in 2018 on a Shavar Reynolds Jr. 3-pointer — a clear missed call gave the Pirates the ball back in the final seconds — and by nine a year ago. Last season, the Pirates won two of three meetings, including the Big East quarterfinals that ended any hopes of the Red Storm reaching the NCAA Tournament, and have taken 10 of the previous 13 contests between the two teams. Seton Hall had the best player on the floor a year ago in Sandro Mamukelashvili. This year, that player should be St. John’s wing Julian Champagnie.

St. John’s has started almost as poorly in conference play on an annual basis as the Jets and Giants. It last had a winning record after five league games back in 2011. In the last decade, it has started either 0-5 or 1-4 six times. There is no excuse not to be better out of the gate this year. After visiting Seton Hall, St. John’s hosts Butler on Dec. 23 and Marquette Dec. 29, travels to Georgetown on New Year’s Day and meets DePaul back in Queens on Jan. 8. The latter three are expected to be three of the weaker teams in this league. The Johnnies should be 3-2 at worst, if not 4-1.

St. John’s has two high-level games — Kansas in a Dec. 3 showdown at the new UBS Arena and a trip to Indiana on Nov. 17 — and little else of note. The third-best game is Pittsburgh at the Garden on Dec. 18, and the Panthers are projected to be a bottom-third team in the ACC. Maybe Colgate, which had a 30 NET rating a year ago and is coming off an NCAA Tournament appearance, could be a quality opponent. The Patriot League power does return several of its top scorers.

Want more news and exclusive insights from Zach? Become a member of Post Sports+ and join his Inside St. John’s text-message conversation.

Otherwise, it is not the kind of schedule you would expect for a team with such big hopes. I’ve asked numerous times why St. John’s didn’t schedule tougher and have been told it is playing 23 high-major games as the reason it did not attempt to add more high-caliber opponents. Still, the rest of the schedule is Fordham, St. Francis Brooklyn, FDU, Mississippi Valley State, NJIT, St. Peter’s and Monmouth. Mississippi Valley, which St. John’s will open against on Nov. 9, had the worst NET in the country a year ago and won just two games. The other six were all sub-150 in the NET. The schedule either lowers the team’s ceiling in terms of a tournament seed or hurts them to get in the tournament.

From Jan. 22 through Feb. 16, St. John’s will face Seton Hall, Villanova (twice), UConn and travel to Butler and Xavier, two of the tougher places to win in this league. St. John’s hasn’t won at Butler since 2014, losing seven straight games at Hinkle Fieldhouse. Those five programs are all expected to be in the top half of the conference, and Villanova is a national title contender. This is by far the most difficult stretch of the season.

St. John’s will play five games at the Garden during the regular season, and four conference games there. Those will be Georgetown (Jan. 16), Seton Hall (Jan. 22), Villanova (Feb. 8) and UConn (Feb. 13). The Connecticut game figures to be an electric atmosphere, if both teams live up to preseason expectations. It will be the Huskies’ first trip to the Garden to face St. John’s since 2013, and should have tournament ramifications. Look for a full house, with plenty of UConn blue in the crowd.