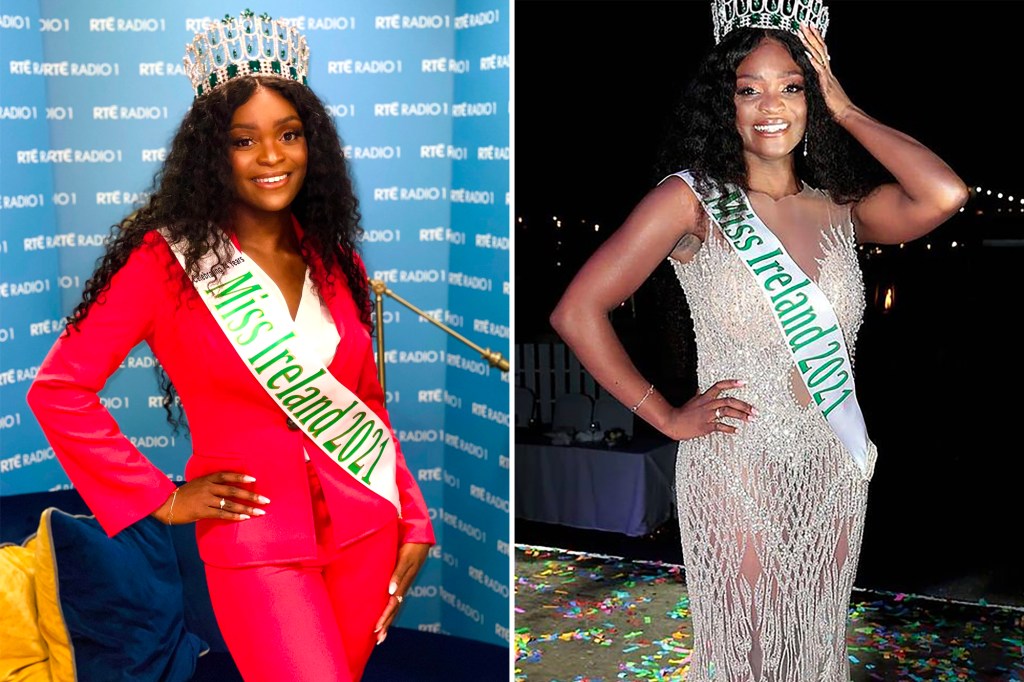 
The Irish have something to celebrate.

Pamela Uba made history on Sept. 5 as the first black woman to be crowned Miss Ireland.

The 26-year-old earned the title and the golden tiara at the outdoor ceremony in Cavan in a history-making win for the beauty pageant, which has been around since 1947.

Uba was working as a model and a medical scientist during the pandemic before becoming a beauty queen. She traveled from Johannesburg, South Africa, at age 7, then an asylum seeker looking to start a new life in Ireland.

Uba told the Irish Times she thought it was “strange” that, upon her arrival to the country, she “couldn’t hear gunshots.” She admitted that she “cried” when she finally received her Irish passport.

“It means so much to me,” Uba said of her win. “I am so grateful I can show girls that [color] is not something that holds you back and it doesn’t matter where you come from, the world is your oyster.”

The oldest of six, Uba said that she had initially resided in cities including Dublin before moving to the town of Ballyhaunis in County Mayo, where she lived for 10 years with her mother and siblings.

Come December, Uba will represent the land of potatoes and Irish whiskey at the 70th Miss World pageant in Puerto Rico. “I can’t even describe how excited I am to represent my country on such a huge platform. I can’t wait,” Uba gushed.

Uba plans to use her title and position to present a more diverse picture of Ireland to the world. “I’ve experienced racism, and it’s horrible to hear people telling me to go back to my country when I’ve worked so hard to make Ireland my home,” she said.

She remembers sending letters to politicians during her family’s asylum-seeking process. “We are all human, and we all deserve the same love and respect,” she added.

“My parish priest was my referee for my citizenship. I’ve had so much support from my community in Galway and Ballyhaunis, who are all cheering me on,” Uba said of the support she has received from her community.

About 60,000 in Afghan evacuation brought to US – World News