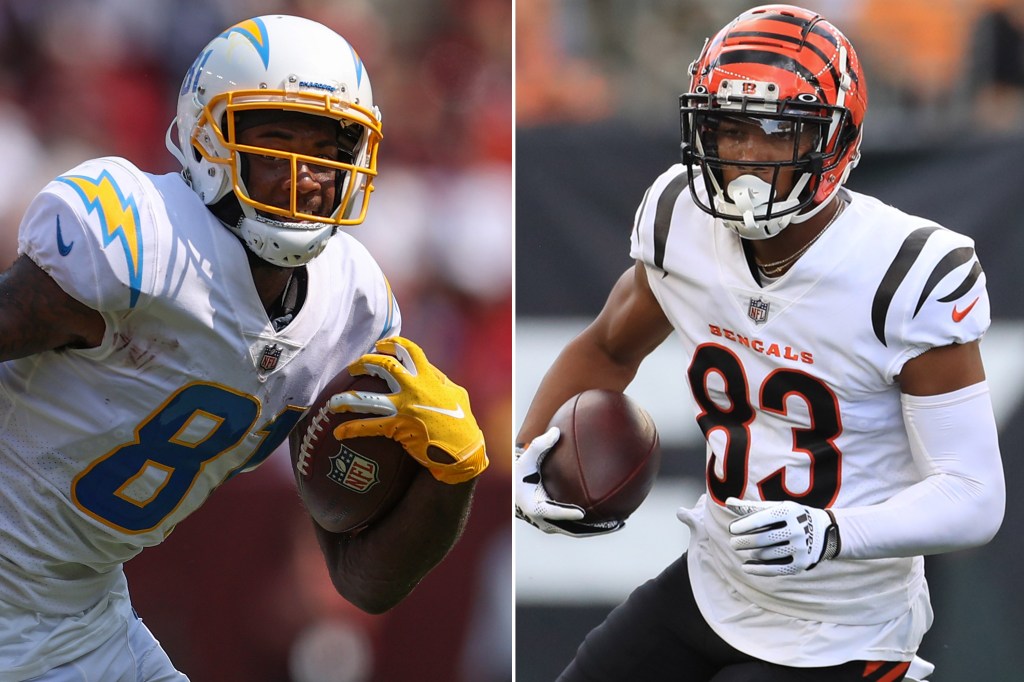 
It was a bit of a rough start for the Fantasy Four-Pack – due to an unfortunate Raheem Mostert injury – but Week 1 is always strange. Jameis Winston threw for five touchdowns and annihilated Aaron Rodgers! The team we thought would be the worst of all time (Texans) beat the best QB prospect in years (Trevor Lawrence) by double digits! It was all wacky, zany and extremely fun. It was also, and I cannot stress this enough, one game.

As you look at Week 2, remember how small the sample size has been so far when looking at your fantasy lineup or sportsbook. When a Week 1 result is so far away from what it was supposed to be, there’s a good chance the one-game sample is an outlier and the numbers will regress. Want proof? Last year in Week 1, the Jaguars – the team we all thought then would be the worst of all time – upset the Colts as an eight-point home underdog, then promptly lost 15 straight games. In 2019, Sammy Watkins scored 46.8 PPR fantasy points in Week 1 – then only 91.7 the rest of the season, good for a WR50 finish.

Davante Adams, Derrick Henry, Aaron Jones and Calvin Ridley won’t be in single-digit fantasy points every week. Aaron Rodgers will be closer to his MVP form than the disaster he was against the Saints. The Titans won’t be the least efficient offense in the NFL – in Week 1, they were dead last in yards per play (3.9), after being top-five in that category the last two seasons. Stay the course, and trust your draft. Don’t panic and sell low on a guy just because he disappointed during his first 60 minutes of the season.

With that said, here are your start and sit picks, DFS play and bet of the week – the Fantasy Four-Pack:

Are we on the verge of Mike Williams breakout szn? The former No. 7 overall pick was targeted 12 times during the Chargers’ victory over Washington, catching eight balls for 81 yards and a TD. Williams has had big games before; the problem in the past has been consistency (along with injuries – and yes I’m aware I recommended Mostert last week). But that type of target share, in a game where there will be points (the current O/U for Chargers-Cowboys is 55), is worth a spot in your lineup.

Mike Davis always seemed destined to be this year’s not-super-talented running back who gets drafted highly due to pure volume, then loses his starting job halfway through the season. He certainly took a step in that direction on Sunday against the Eagles, rushing for 3.3 yards per carry in a sluggish Falcons offense. Now in Week 2, he gets the Buccaneers, who limited Ezekiel Elliott to just 33 yards on 11 carries in the opener. Davis owners should be worried, and the time is now to start looking for other options.

Boyd plays almost exclusively in the slot, and the Bears’ starting slot cornerback is currently Marqui Christian, who made his debut with the team last week. How did he fare? Christian was targeted six times, and allowed five catches for 85 yards. Two of those catches were touchdowns. Duke Shelley is still competing with Christian for the starting nickel job, but the fact that he couldn’t beat out the guy who allowed 85 yards and two touchdowns on six targets means we shouldn’t get our hopes up for him, either. Boyd will eat all day, and he will eat well.

This is where the idea of balancing preseason expectations with Week 1 results comes into play. Before Week 1, the Titans were 3.5-point underdogs. Then, they got crushed by the Cardinals, and the Seahawks handled the Colts. The line moved all the way to +6 before settling at +5.5, where it remains.

Yes, Tennessee looked horrendous on Sunday, but Chandler Jones sacked Ryan Tannehill five times. Again, weird game. None of the Titans’ stars (Tannehill, Derrick Henry, AJ Brown, Julio Jones) played in the preseason, and they all looked rusty. If they in any way resemble the team that went to the playoffs the last two seasons, 5.5 is a lot of points to give them, even on the road against the Seahawks. If you like watching line movement — and you should — the Falcons (+8 to +12) and Jaguars (+3 to +6) both also got huge adjustments and may be worth a contrarian wager.