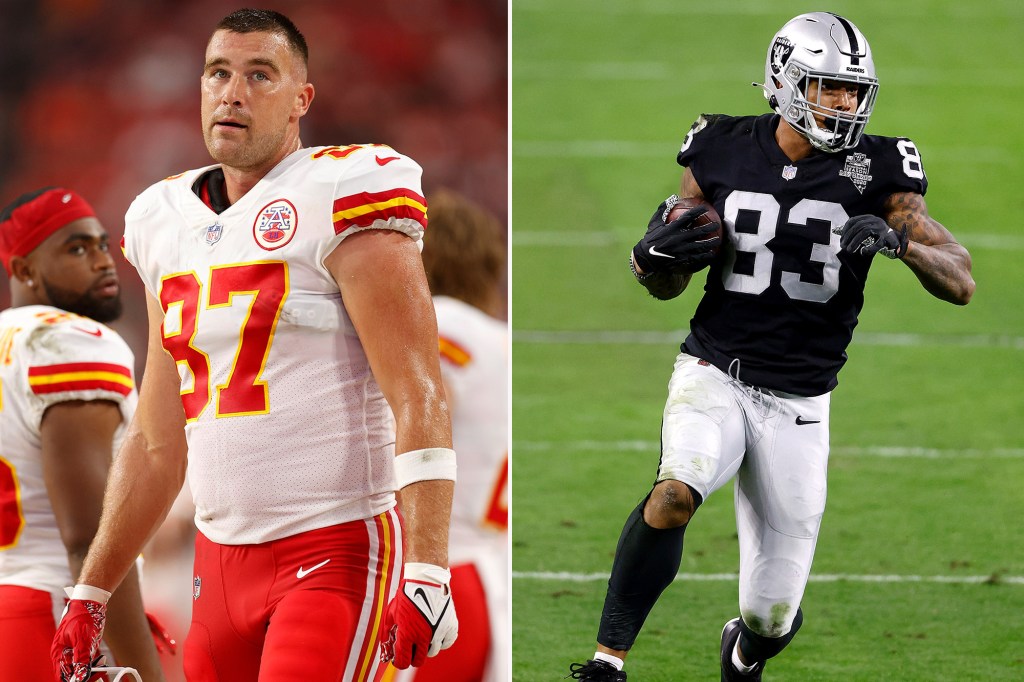 
Often times, as the NFL season approaches, the players we like to target end up rising in draft positions, detracting from their appeal. Thus, our search for value becomes more difficult.

But because there are options deeper in drafts whose projected value, as determined by the Madman, hasn’t yet resulted in a rising draft cost, we like a number of middle-round receiving options (from Deebo Samuel, Jarvis Landry and Jakobi Meyers to the previously discussed Corey Davis, Antonio Brown and Marquez Callaway).

There are running backs who still have surprisingly low draft costs (Josh Jacobs and Mike Davis chief among them) and new options we are more comfortable with following a trade (Sony Michel and Damien Harris).

What this means is that our desire to collect top RBs and WRs in the early rounds is less urgent. Which means we can focus on positions we wouldn’t traditionally consider in early rounds – like quarterback and tight end. Which means we are even open to something previously unthinkable.

Yes, the Madman is open to drafting two tight ends in the first few rounds. Mind you, this is not a planned approach. It should occur only if the draft breaks just perfectly (or in this case, just poorly enough) that you can’t find good value at other positions.

First, it requires you to have drafted Travis Kelce in the first round. That is not a bad pick, that’s a fine pick. But if you don’t make that pick, chances are this approach isn’t going to work. So you have Travis Kelce, then you pick the best available player with your second pick. And come the third round, you find yourself in a bind.

This bind requires James Robinson and all RBs ranked ahead of him to be gone. It requires the best WR option to be something lesser than Keenan Allen. It means Patrick Mahomes and Josh Allen have been picked.

Essentially, if you’re choosing between Allen Robinson/Terry McLaurin or Chris Carson/David Montgomery at WR and RB, and you still have a Flex spot to fill, we give the stamp of approval to select Darren Waller there, even after picking Kelce earlier.

This does a couple of things. 1. It keeps a top tight end out of the hands of one of your competitors. 2. It creates significant trade bait for later in the season if you run into a jam at another position. 3. It gives you two of last season’s top-10 Flex scorers – that top 10 among is all RBs, WRs and TEs. It’s like having a top WR at both the TE and Flex spots, while others struggle to find even one TE who can remotely approach the numbers of either.

The Madman also endorses this plan if George Kittle is available in the fourth round, provided the same conditions are met. We can envision scenarios in which you can take Waller in the third and Kittle in the fourth, but we haven’t run into those yet (making us believe they are even rarer).

Think of it this way: That third- or fourth-round RB or WR, will they approach Waller or Kittle numbers? If you wait an extra round, how much of a RB/WR downgrade do you really make? The disparity in projected points for players at other positions is slim, but the gap between the Kelce/Waller/Kittle trio and all other tight ends is huge.

Just something to think about. To be aware of if the draft breaks that one specific way. An atypical way to attack an early draft pick if you aren’t in love with other options. It’s a draft audible, a fallback plan, one that could deliver surprisingly productive results.