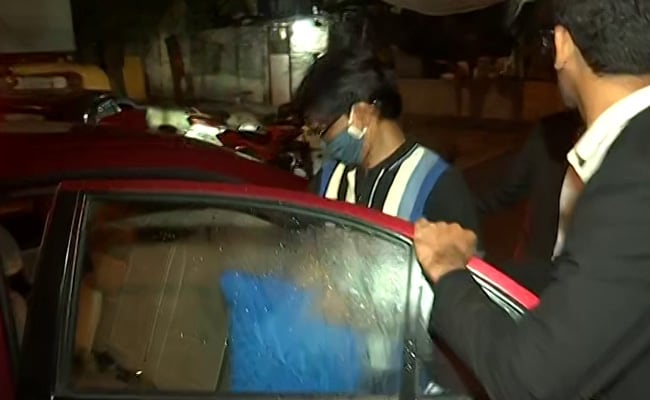 Mohammed Zubair walked out of jail after 9 pm on Wednesday

Fact-checker Mohammed Zubair, who was granted bail by the Supreme Court after his arrest last month over what the police said was a “highly provocative tweet”, walked out of Delhi’s Tihar Jail at 9 pm today.

As he got inside a waiting car outside Tihar Jail, Mohammed Zubair, surrounded by his legal team, showed a victory sign.

The Supreme Court had ordered his release by 6 pm, but he walked out of jail only at 9 pm after paperwork and other formalities were completed. He has been granted bail in all seven cases filed against him.

“It’s a set principle of law that power of arrests must be pursued sparingly. In present case no justification to keep him in continued detention and subject him to an endless round of proceedings in various courts,” the Supreme Court had said earlier in the day.

The court disbanded a special probe in UP against Mohammed Zubair and transferred all UP cases to Delhi. The judges also rejected the Uttar Pradesh government’s request that Mohammed Zubair be “stopped from putting out tweets”.

“It’s like telling a lawyer to not argue any further. How can you tell a journalist he cannot write? If he does something that violates the law, then he is answerable to law. But how can we take anticipatory action against a citizen when he is raising his voice? Every citizen is answerable for what he does in public or private. We will not place any such order,” said Justice DY Chandrachud.

Mohammed Zubair was arrested on June 27 by Delhi Police. Seven more FIRs were filed against him in Uttar Pradesh.

The Supreme Court did not cancel the FIRs (First Information Report) but said he was free to approach the Delhi High Court against all the cases, which can be combined into one.

The co-founder of fact-check website Alt News was arrested over a four-year-old tweet sharing a screenshot from a popular Hindi movie.

Just days before the arrest, he had drawn attention to an incendiary comment on Prophet Muhammad by suspended BJP spokesperson Nupur Sharma during a TV debate.

As he moved for bail, case after case was filed in UP.

Three cases were filed in Lakhimpur Kheri, Hathras and Sitapur over a tweet in which he called some right wing leaders “hate mongers”.

In Lakhimpur, a Sudarshan News employee filed a case accusing Mr Zubair of misleading people about his channel’s coverage of the Israel-Palestine dispute.

The Supreme Court noted that he was granted bail in the Delhi case, but it had not been “sufficient to secure his personal liberty” as he had been slapped with “successive FIRs”.

In the last hearing, the Supreme Court had called out the “vicious cycle” of interim bail in one case and arrest in another case.