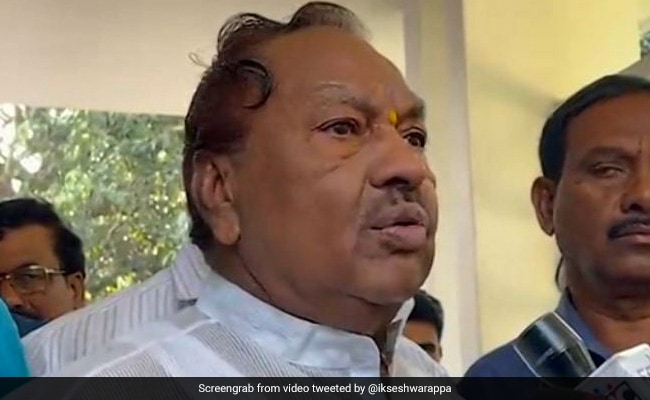 Former Karnataka minister KS Eshwarappa, who had to step down from the post after a huge controversy following the suicide of a contractor, has been cleared by the police after investigation in the case.

The contractor,  Santosh Patil, had died by suicide on April 12 and Mr Eshwarappa, who was suspected to have a role in the matter, was cleared due to “lack of evidence”, the police said.

The minister, who was also accused of corruption, was forced to step down after intervention from the BJP’s central leadership.

Sources had indicated that the BJP high command had given clear cut directions to the state that Mr Eshwarappa must step down to save the party’s anti-corruption image.

Santhosh Patil, who made the corruption allegations against Mr Eshwarappa in his last WhatsApp messages to friends and political leaders, had apparently marked them to Prime Minister Narendra Modi as well.