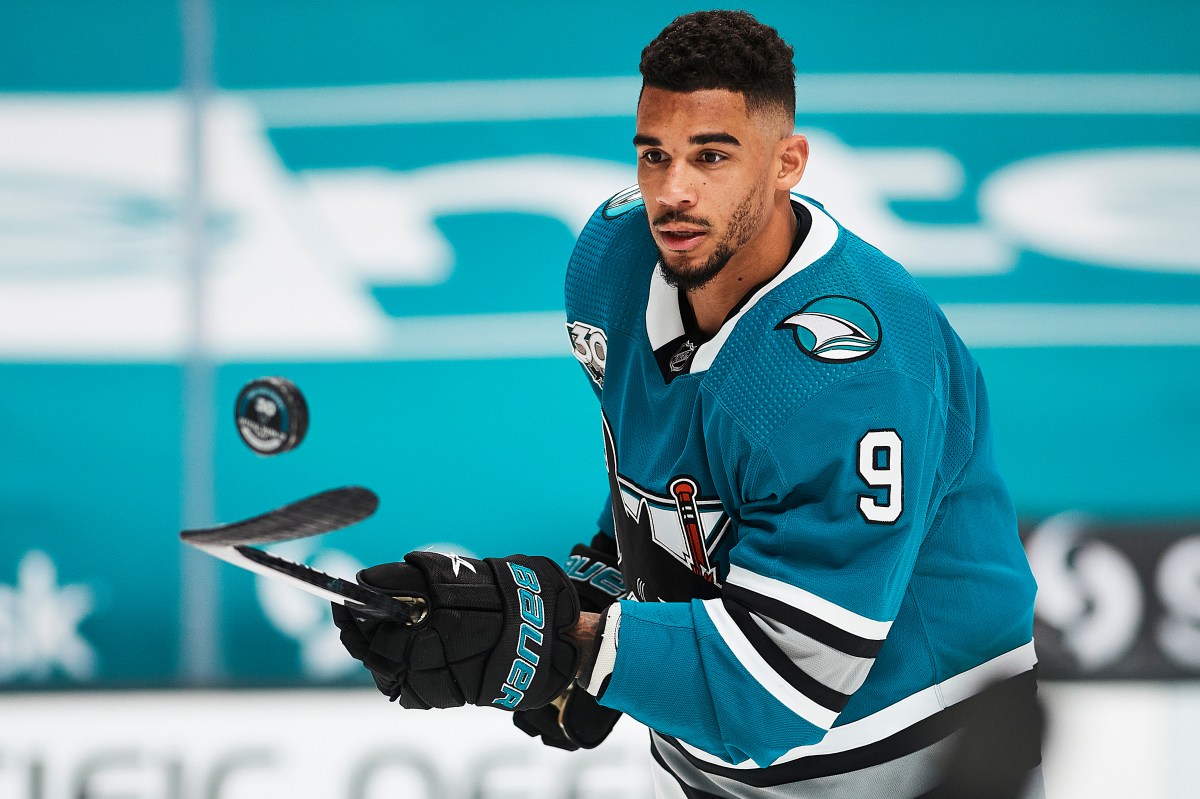 Some of his Sharks teammates don’t want the left winger to return next season, according to The Athletic. San Jose reportedly tried to trade Kane earlier this summer, due mostly to the 30-year-old’s strained relationship with a number of teammates.

Kane’s personal life became public over the weekend when Anna alleged that he bet on his own hockey games for profit, abandoned her and their one-year-old daughter and fled to Europe to vacation while their home was being seized by the bank. Anna also claimed Kane cheated on her.

The hockey player has since denied his “soon-to-be-ex-wife’s” allegations, calling the claims “lies,” in two statements on Twitter.

The NHL said it is investigating Anna’s gambling allegations, to which Kane said, “I look forward to cooperating fully with the league’s investigation, having my name cleared and looking forward to this upcoming season.”

In Nov. 2019, Kane was sued by a Las Vegas casino for over $500,000 in gambling debts. He filed for bankruptcy in California in Jan., just two years after he signed a seven-year, $49 million contract with the Sharks.

In a March filing, Kane revealed he was in counseling for his gambling issue.

“With respect to my gambling, it has been an issue in my past and it would be inaccurate to pretend it has not had a negative effect on my life, financially and otherwise,” he wrote. “I have undergone and continue to receive personal therapy to deal with it and other matters and hope that the issue is behind me.”