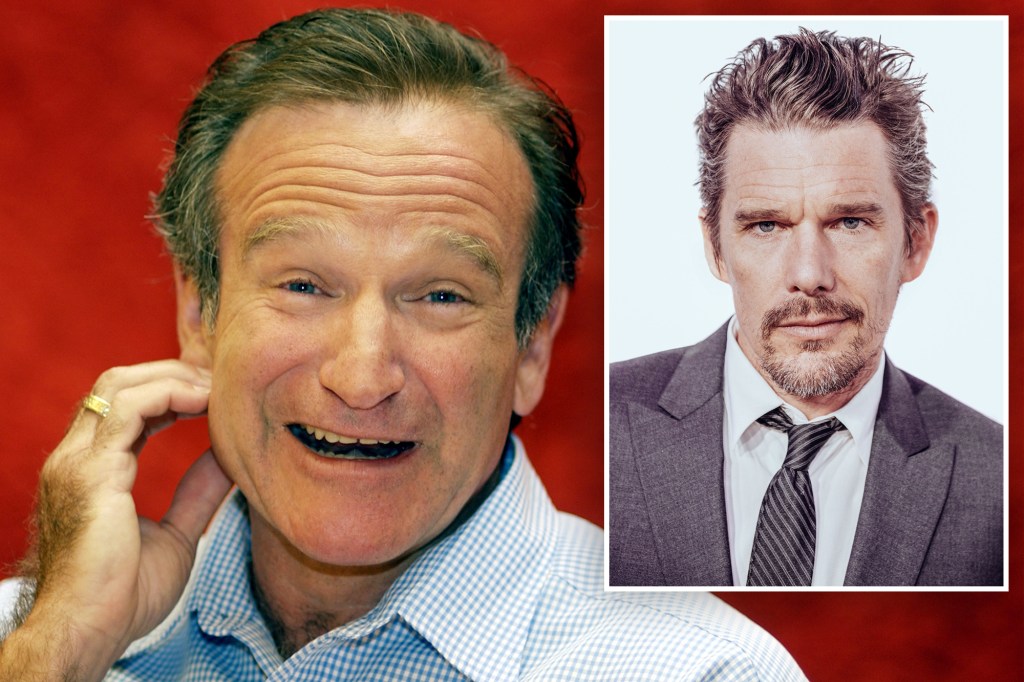 Ethan Hawke has opted not to let his “Dead Poets Society” co-star rest in peace, revealing Sunday that he once found Robin Williams “incredibly irritating” — and assumed the feeling was mutual.

The 1989 school days drama is a beloved cinematic classic now, but to a brooding teenage Hawke, Williams’ iconic rapid-fire comedic stylings were just not chill.

“‘I thought Robin hated me. He had a habit of making a ton of jokes on set,” said the 50-year-old “Reality Bites” star, who dropped the bombshell revelation during a Q&A session at the Karlovy International Film Festival in Czech Republic, the Daily Mail reported.

“At 18, I found that incredibly irritating,” the four-time Oscar nominee continued. “He wouldn’t stop — and I wouldn’t laugh at anything he did.”

Hawke was in attendance to pick up the President’s Award, which is presented at the annual fest to actors, directors and producers “who have contributed in a fundamental way to the development of contemporary world cinema,” according to Deadline.

“There was this scene in the film when he makes me spontaneously make up a poem in front of the class,” Hawke said of his iconic co-star, who earned a Best Actor Oscar nod for his performance as John Keating, a maverick teacher using poetry to spark his boarding school students — including Hawkes as earnest Todd Anderson — to new heights of self-expression.

“He made this joke at the end of it, saying that he found me intimidating,” Hawke recalled. “I thought it was a joke.”

Hawke — now a father of four — stressed that, in hindsight, he now sees his teen-angsty experience filming “Dead Poets Society” like a grown man.

“As I get older, I realize there is something intimidating about young people’s earnestness, their intensity,” he told the Karlovy crowd. “It is intimidating – to be the person they think you are. Robin was that for me.”

The “Training Day” and “Boyhood” star also revealed that, in an ironic twist of fate, it was actually Williams who helped the young actor sign with his first agent: “[My-manager-to-be] called, saying, ‘Robin Williams says you are going to do really well.’ “

After influencing Hawke and several generations of moviegoers, Williams tragically died by suicide in 2014. Two years before his death, doctors told him he had Parkinson’s disease, a disorder of the central nervous system that affects movement, causing its signature tremors.

But an autopsy would later reveal that he and his medical team had treated the wrong illness. “What he was going through didn’t match one to one [with] many Parkinson’s patients’ experience,” Zak Williams, Robin’s 38-year-old son, revealed earlier this year during an emotional episode of the “The Genius Life” podcast.