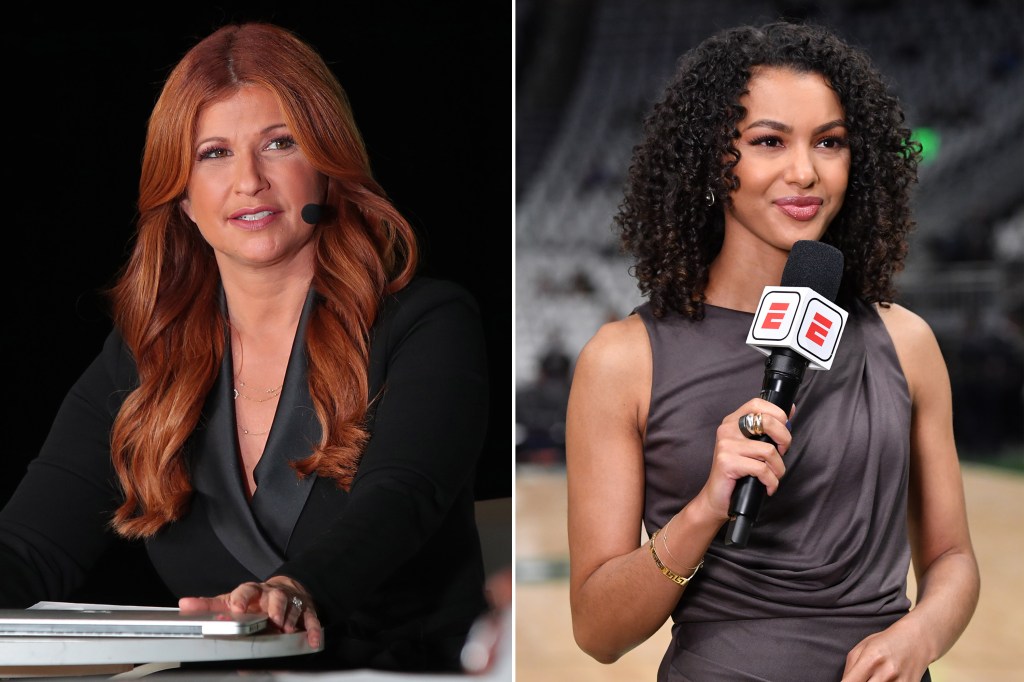 
ESPN NBA journalist Malika Andrews will officially take over Rachel Nichols‘ “The Jump” time slot on the network as host of her own show.

Andrews will lead “NBA Today” — an hour-long show providing daily coverage of all aspects of the NBA — premiering Oct. 18 at 3 p.m., the network confirmed Monday. The new show is part of the 26-year-old’s multi-year contract extension. Andrew Marchand reported in his exclusive Post Sports+ newsletter on Monday morning that Andrews was the heavy favorite for the job.

The final episode of “The Jump” will air Friday, Oct. 8. ESPN removed Nichols as host of the show, along with all ESPN programming, in August — after her previous disparaging “diversity” comments about former ESPN broadcaster Maria Taylor were made public in July.

In a leaked audio video, Nichols was on a phone call, and implied that Taylor received an ESPN gig she claimed was initially meant for her, because Taylor is black and the network was “feeling pressure” about its “crappy longtime record on diversity.”

Nichols later issued a tearful apology during an episode of “The Jump.”

ESPN also replaced Nichols with Andrews as the network’s sideline reporter during the 2021 NBA Finals. It marked the rising star’s first time covering the NBA Finals, and she impressed in her debut.

Taylor never addressed the situation directly, though she shared quotes to social media about “rising” through “dark times.” She did not renew her contract with ESPN, following her coverage of the NBA Finals as host of “NBA Countdown” — and instead struck a mega deal with NBC. Taylor made her debut with the network in late July, when she covered the Tokyo Olympics.

ESPN announced the cancellation of “The Jump” in August, when they removed Nichols from the network’s overall programming. Though, the show returned with Andrews as a temporary host, before retired NBA champion Richard Jefferson took over in September. He was a regular fixture on the show, providing analysis and commentary.

“It’s an incredible time to cover the NBA – a league that is full of characters and stories that have resonance far beyond the sports world. Our goal every day is to deliver information and analysis to our viewers that can’t be gleaned anywhere else. I’m so excited to showcase the league and the talented reporters, analysts and insiders on our team,” Andrews said in a press release announcing the show.