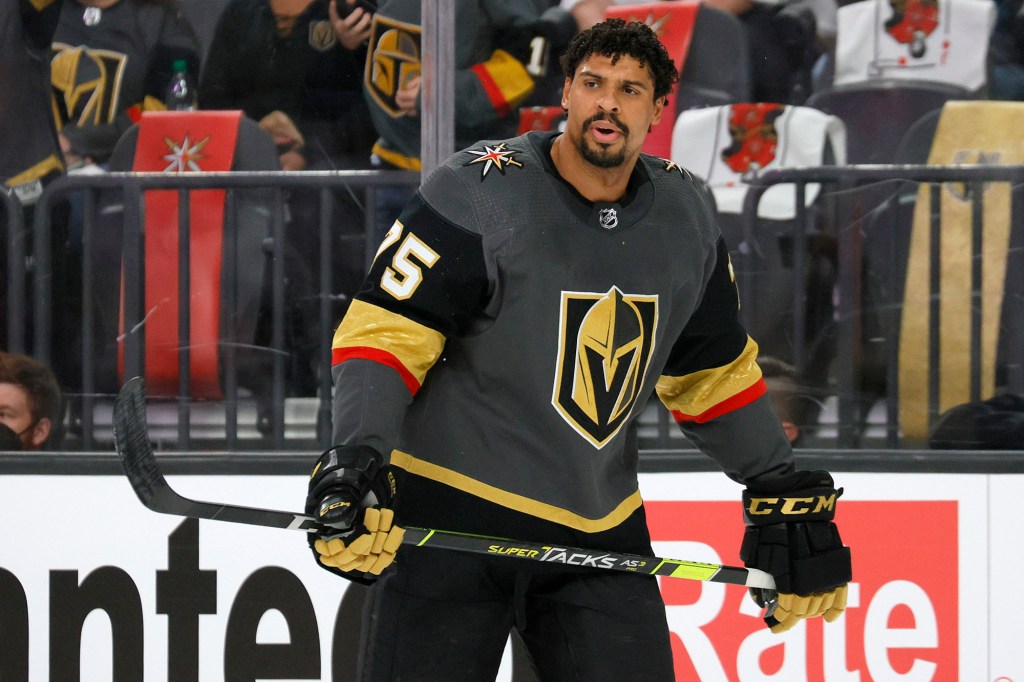 Since the Rangers expressed interest in the hard-nosed winger when he became a free agent in 2018, before he ultimately decided to stay with Vegas, Reaves took notice of New York and the fans that cried out for him to join their beloved Blueshirts.

“Probably 10 times a year, I saw a lot of fans saying, ‘Let’s go get Reaves,’ ” he said Friday in his first press conference as a Ranger. “Whenever there’s an incident that happens, it’s always, ‘Let’s go get Reaves.’ I told my wife one time, I was like, ‘I’m probably going to end up in New York at some point.’ And here we are.”

Here he is, all 6-foot-2 and 225 pounds of him — dripping with a sort of swagger that hasn’t roamed the halls of the MSG Training Center in Tarrytown in quite some time. Not only does Reaves have an edge on the ice, but he has an edge to his lively personality. Reaves knows who he is as a player, and won’t try to be something he’s not, but he also knows what he was brought to New York to do.

Chris Drury set out to add some sandpaper to the Rangers’ lineup this past offseason, after a certain notorious agitator in Washington (whom we will try to stop naming) had his way with the since-traded Pavel Buchnevich and star Artemi Panarin in the fourth-to-last game of 2020-21. The Rangers general manager traded a 2022 third-round pick to the Golden Knights in exchange for Reaves, who was subsequently signed to a one-year extension.

“I’m not here because of Tom Wilson,” Reaves said bluntly, naming the Capitals’ instigator. “I’m here because of what players like Tom Wilson brings to his team. And what [Islanders fourth-liners] Cal Clutterbuck and [Matt] Martin bring to their team. It doesn’t matter [who] the player is, what team it is, whether we’re out east or out west, I’m holding everybody accountable.

Reaves, who has taken fourth-line reps alongside Kevin Rooney and Sammy Blais through the first two days of training camp, reunited with new head coach Gerard Gallant after they spent parts of three seasons together in Vegas. Gallant noted Reaves didn’t get much ice time last season, when he averaged 9:56 per game, but said he plans to give the 34-year-old “every opportunity to be an important player and important guy in the dressing room.”

“I heard today he was really good on the bench with the younger players,” Gallant said. “He is a character guy. When you’re a good locker room guy, you might get an extra year or two.”

With Drury and Gallant’s emphasis on having clearer, more defined roles this season, Reaves said he doesn’t expect his role to be much different than what it has been in the past. He pointed out how his in-your-face style of play can trickle down to other lines and set a tone, while also making other teams feel a “little uneasy.”

Asked what he believes this Rangers squad is capable of, Reaves didn’t mince words and even name-dropped the ultimate goal, which many of his new teammates haven’t even dared to refer to.