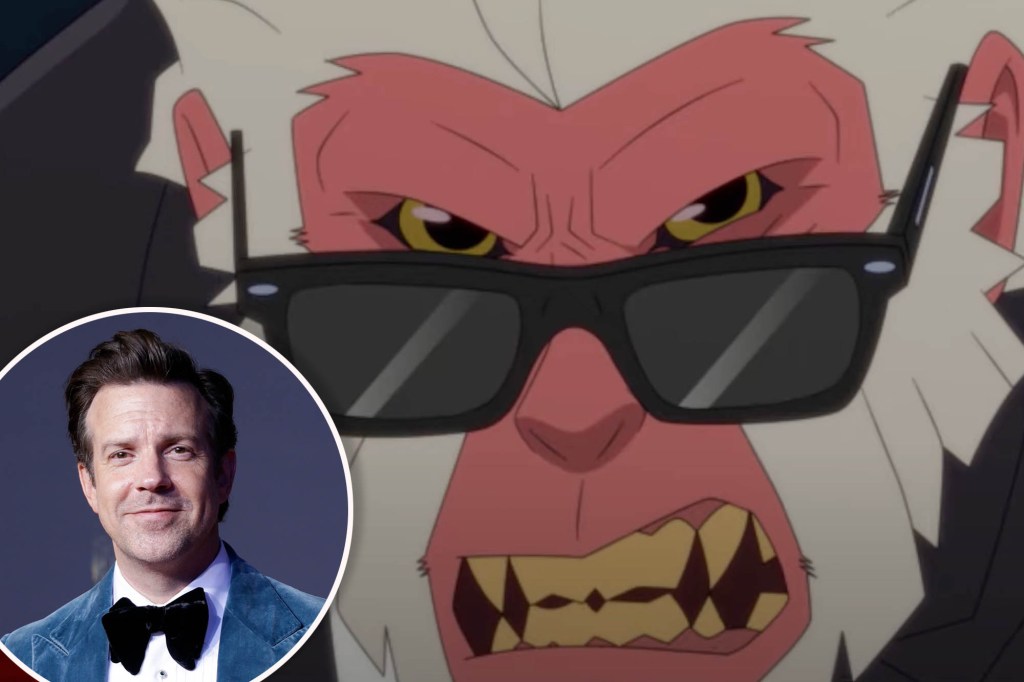 A trailer dropped Monday for the 10-episode series, set to premiere Nov. 17. Based on the Marvel Comics series, it tells the story of a Japanese snow monkey who, after his tribe is slaughtered, joins with the ghost of an American assassin to kill members of the Yakuza.

Sudeikis’ spirit-mentor has a habit of making horrible life choices but is still tasked with helping Monkey on his mission.

“You’re gonna have to kill some evil people that totally deserve to die,” declares Bryce — whose undead existence is illustrated by a ghostly green glow — to the suited, sunglasses-wearing ape in the trailer.

Other celebrity voice actors in the series include beloved “Star Trek” icon George Takei as lifelong public servant Shinji and actress Olivia Munn as Akiko, Shinji’s powerful niece with a good nature that masks a darker side.

“This monkey’s on a journey to find the truth … but first, he needs a suit,” Marvel wrote in its tweet sharing the trailer on Monday.

The comic book character Monkey made his debut in 2010 in Marvel’s “The Legend of Hit-Monkey” before enjoying a three-issue arc in the “Deadpool” series. “Shortly after, he got his own miniseries,” ComicBook.com reported. “He has not been as prevalent since that first burst of popularity, but has popped up in the Marvel Universe from time to time.”

Hulu’s “Hit-Monkey” show was originally announced in 2019, along with numerous other animated series Hulu had in the works at the time. Those included a total of four Marvel series, two of which — “Tigra & Dazzler” and “Howard the Duck” — have since been scrapped, according to the Hollywood Reporter.