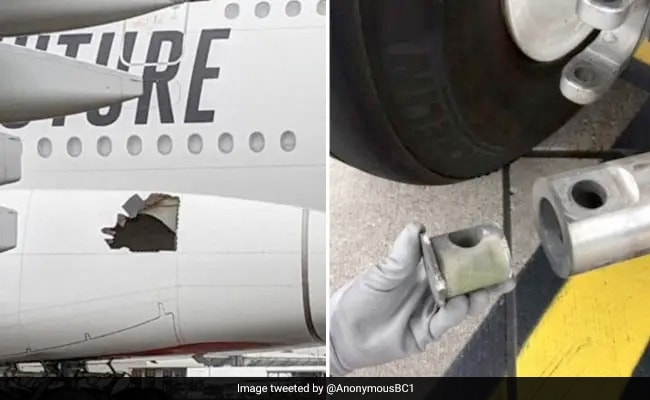 No passengers were reported as being injured as a result of the incident.

Passengers of an Emirates flight were startled after spotting a large hole gauged into the side of the plane after it landed safely in Brisbane, Australia.

According to the Independent, the incident occurred on flight EK450 on July 1. The Airbus A380 had flown safely for nearly 14 hours from Dubai. Some passengers reportedly said that the incident may have happened during or shortly after take-off.

One passenger from the flight, identified as Patrick, told Australia’s Courier Mail that he had heard a concerning noise around 45 minutes into the flight. He stated that there was a “loud bang” and he even felt it through the floor. “The cabin crew remained calm, stopped the food service and got on the phone and checked the wings, engines,” Mr Patrick added.

The hole was made in the left-hand wing root fairing, a part of the “skin” of the plane where the wings meet the cabin that is shaped to reduce drag while in flight.

Citing Aviation Herald, the Independent reported that the pilots of the flight had contacted Air Traffic Control at Brisbane Airport shortly before landing in order to report that they suspected they had blown a tyre on take-off, and requested to be met by emergency services on landing.

Speaking to UAE-based media outlet, The National, an Emirates spokesperson informed that the Airbus A380 has remained on the ground at Brisbane Airport since the incident occurred. The spokesperson added that the hole did not have any impact on the fuselage, frame or structure of the aircraft.

“One of the aircraft’s 22 tyres ruptured during cruise, causing damage to a small portion of the aerodynamic fairing, which is an outer panel or the skin of the aircraft,” the airline said.

“At no point did it have any impact on the fuselage, frame or structure of the aircraft. The fairing has been completely replaced, checked and cleared by engineers, Airbus and all relevant authorities,” the spokesperson added.

No passengers were reported as being injured as a result of the incident.