Edwin Diaz blows it for Mets in crushing loss to Nationals 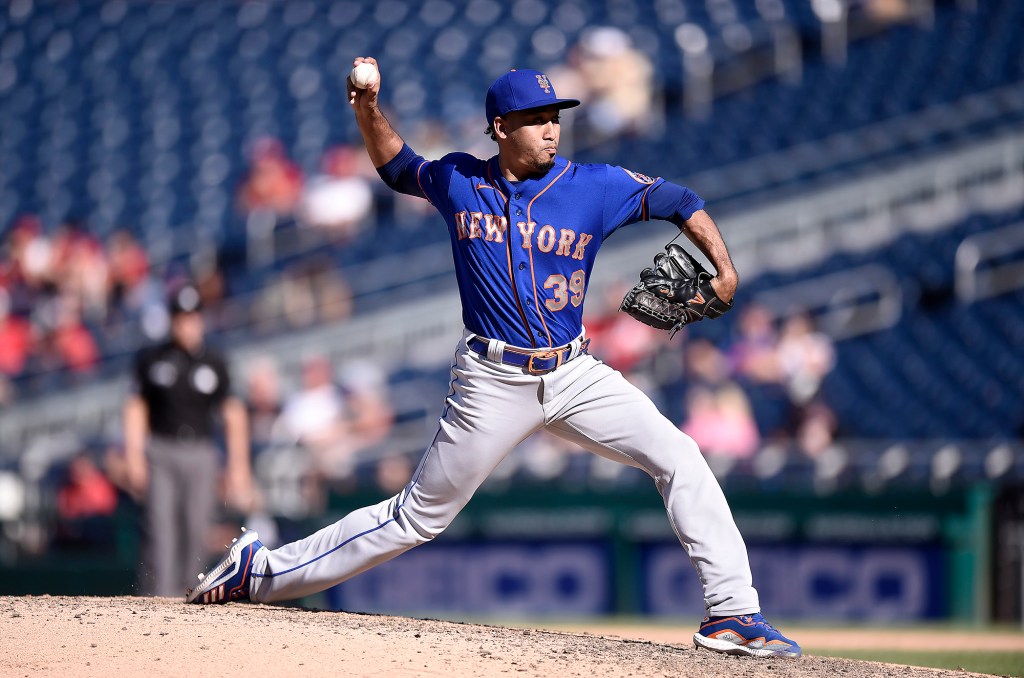 
WASHINGTON — Edwin Diaz runs hot and cold, without much in between.

After blowing three straight saves in July, the Mets closer went on a torrid stretch for six weeks in which he was close to untouchable. Don’t look now, but he’s in another rut.

On Monday he was entrusted a one-run lead in the ninth inning and mishandled it, sending the Mets to a gut-wrenching 4-3 loss to the Nationals.

The meltdown came in Diaz’s first appearance since blowing a save three days earlier against these Nationals. The Mets survived that calamity by rallying to win with four runs in the 10th.

This time there was no chance for redemption. Andrew Stevenson stroked a game-tying RBI single before Carter Kieboom’s grounder off Francisco Lindor’s glove won it. Diaz walked Alcides Escobar and Josh Bell as part of the implosion.

The Mets (69-69) won three of five games in the series, but a team that began the day trailing the Braves by 3 ½ games in the NL East can hardly afford these types of giveaways.

Jeurys Familia, Brad Hand and Seth Lugo each pitched a scoreless inning of relief before Diaz exited the field after recording only one out.

Trevor Williams incurred trouble most of the afternoon, but kept the Mets in the game by allowing two earned runs on 10 hits and two walks over five innings. The Nationals placed at least two runners on base in each of the innings pitched by the right-hander.

Pete Alonso’s 30th homer of the season, a blast leading off the sixth, gave the Mets a 3-2 lead against Patrick Corbin. It continued a surge for Alonso, who produced a .997 OPS for August. Along the way he became the first player in franchise history to reach at least 30 homers twice in his first three seasons. He established a MLB rookie mark in 2019 by blasting 53 homers.

Alonso delivered a two-out RBI single in the first, after Lindor’s double, to get the Mets started against Corbin. But the Mets missed an opportunity for further damage with Kevin Pillar’s strikeout, after Javier Baez had singled.

Baez and Pillar singled in succession to begin the fourth, but the Mets only produced one run, with McNeil hitting into a double play.

Williams surrendered three straight hits in the fourth, as the Nationals tied it 2-2. Luis Garcia, Corbin and Lane Thomas singled in succession for the run before Williams retired the next three batters. Thomas was a nuisance to the Mets throughout the five-game series, finishing 8-for-21 (.381) with two homers.

Escobar’s triple in the first led to the Nationals tying it 1-1 on Juan Soto’s ground out. Williams later walked Josh Bell and surrendered a double to Yadiel Hernandez, but escaped the inning by striking out Kieboom.