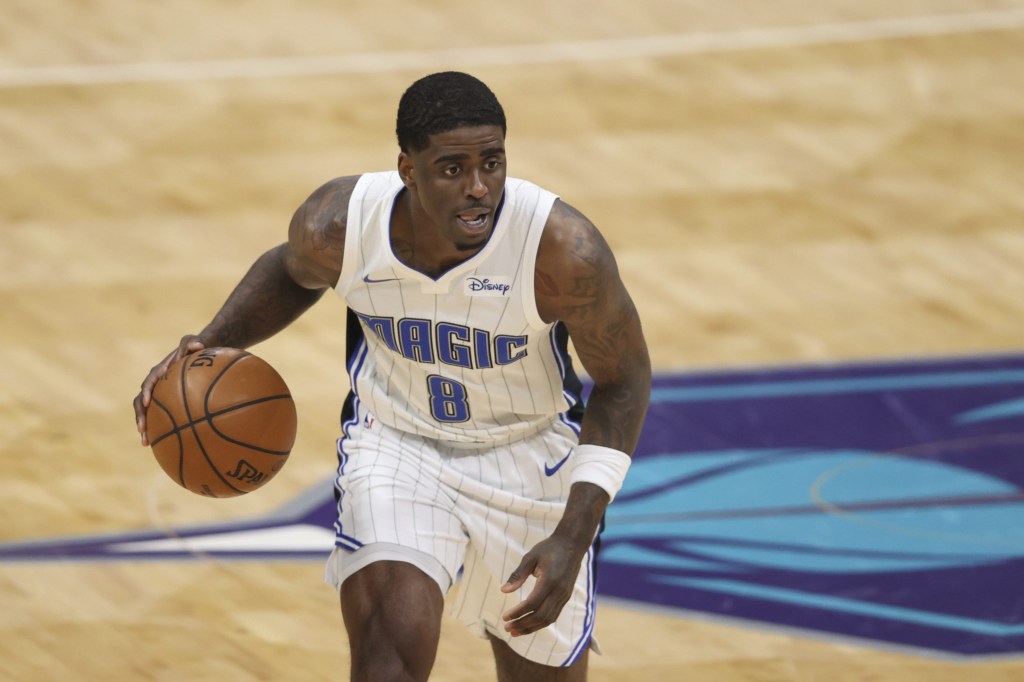 Judging by the contract terms, the Knicks could still pass on the bacon.

When the Knicks signed Orlando swingman Dwayne Bacon after he was waived earlier this month, it figured he’d be part of the 15-man roster when the season kicked off Oct. 20 versus Boston.

But that seems less certain, considering the way Bacon’s contract reads. According to an NBA source, Bacon signed a one-year non-guaranteed Exhibit 10 deal after being a starter for the Magic last season, playing in all 72 games.

It’s a low-risk deal for the Knicks as Bacon’s deal is more in line with an undrafted 2021 free agent than a former second-round pick who has appeared in 207 NBA games in four seasons.

If Bacon, who turns 26 on Monday, is cut, he will get a $50,000 guarantee if he plays with the Westchester Knicks of the G-League.

There’s a chance the final roster spot will become a battle between Bacon and Argentine combo guard Luca Vildoza, who has a four-year, $13.6 million non-guaranteed deal. Vildoza, 25, already got paid for the first season despite signing in May.

Bacon is a Creative Artists Agency client — team president Leon Rose’s former firm. But multiple sources contend the Knicks are taking a flier on Bacon because of Tom Thibodeau’s close friend, Steve Clifford, the former Charlotte and Orlando coach who now is a Nets consultant.

Clifford coached Bacon for two seasons in Charlotte and last season in Orlando before he was fired.

Some wonder why the Clifford recommendation came down.

“Bacon is a 2-3, can score some but is undisciplined and lacks basketball IQ,’’ one longtime NBA scout told The Post. “Clifford liked him better than I would have expected. That likely has a lot to do with why the Knicks signed him. I’m certain Clifford recommended him to Thibs, but he’s more scorer than shooter and needs the ball in his hands to score.

After collapsing offensively versus Atlanta in the playoffs, the Knicks have tried to add more shotmakers this offseason.

“He’s not a good spot-up, catch-and-shoot guy like Reggie Bullock [who left for Dallas],’’ the scout said. “He really has zero ability to create for anyone else. I know the Knicks need scoring, but it’s a questionable fit.’’

Bacon agreed to terms right before rookie shooting guard Quentin Grimes took off in summer league. After a slow start, the 25th pick from the University of Houston excelled in the final three games, scoring 15 points, 25 points and 26 points. Lighting it up from 3, Grimes finished summer league shooting 22 of 54 (40.7 percent) from deep.

Last season, Bacon shot just 28.5 percent from 3-point range and 40.2 percent overall. Rose has bulked up the analytics staff, but Thibodeau has a large input in personnel moves.