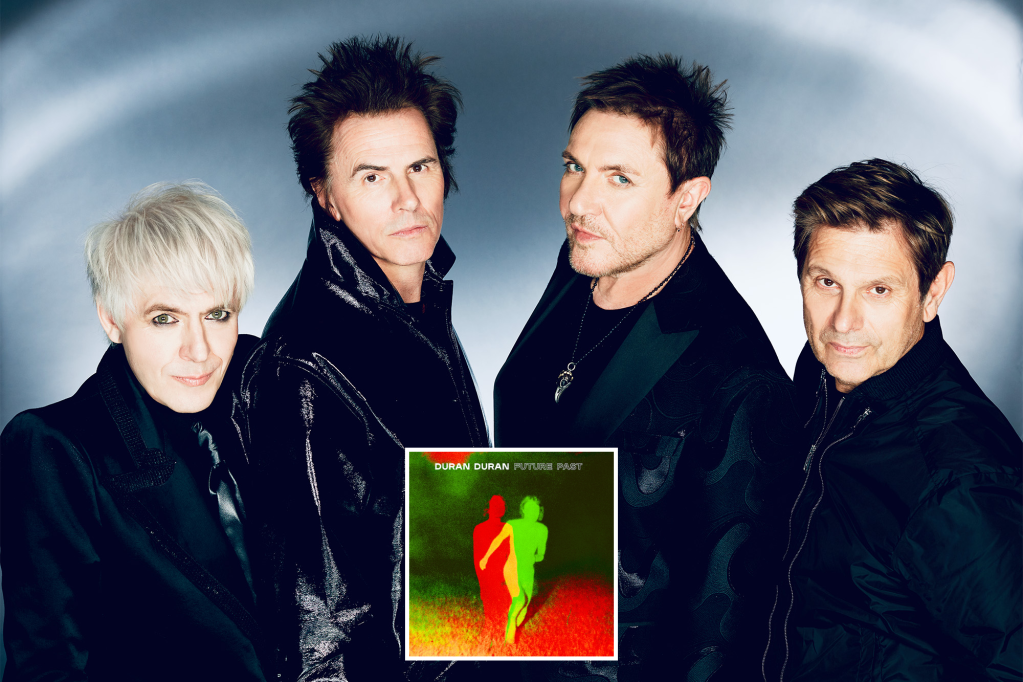 
Partying with everyone from Lady Gaga, Elton John and Daniel Craig to Kim Kardashian, Vladimir Putin and Queen Elizabeth II, Duran Duran holds the anniversary bash to end all anniversary bashes in celebration of 40 years in music.

The festivities go down in the video for the band’s latest single, aptly titled “Anniversary.” But if you’re wondering just how they got the queen to do a group selfie at this shindig, well, it’s because they used celebrity lookalikes in the clip, which was released three days before Duran Duran’s 15th studio album, “Future Past,” arrived on Friday.

“We thought it might be interesting, as the song is all about celebration, to have a big party [and] to fill it with famous people,” keyboardist and founding member Nick Rhodes, 59, told The Post.

“And since famous people always get booked up and can never agree on the same date, the idea actually came up speaking to Alison [Jackson, the director] saying, ‘Wouldn’t it be fun to do a spoof on one of the greatest parties ever, but with lots and lots of lookalikes?’ So we went to this quite extraordinary castle called Belvoir Castle in the UK, and all these lookalikes turned up. It was amazing watching them being transformed.”

Duran Duran certainly has good reason to have a soiree with the stars: It’s been 40 years since the group’s self-titled debut — featuring the synth-pop classic “Girls on Film” — was released on July 13, 1981.

“A few years ago, when we got this anniversary thing in our sights, our manager was getting quite excited [because] there was an opportunity to do all these sorts of things to celebrate,” said bassist John Taylor, 61, another founding member. “And as we got closer to it, we were all like, ‘Hmmm, is it really something that we wanna jump up and down to the world about?’ But at one point we thought, ‘How about a song called ‘Anniversary’?”

Of course, Duran Duran has always been on top of its video game. After making their debut, they went on to become the poster boys for MTV, with classic clips such as “Hungry Like the Wolf,” “The Wild Boys” and “A View to a Kill.”

But it wasn’t all fun and games when Duran Duran shot the iconic video for 1982’s “Rio” on the Eilean yacht in the Caribbean. “Simon [Le Bon, lead singer] was an experienced yachtsman, but the rest of us were clueless,” said Taylor.

“And the greatest example of cluelessness is that shot where you see me actually kicking Andy Taylor over the edge of the boat, thinking I was being funny, thinking that it wasn’t a big deal at all. And as it happened, Andy just grabbed ahold of the tender, which is the little boat that sort of is tied on to the back of the yacht. He wasn’t happy about it — and rightfully so. He’s still got resentment against me over that, still to this day.”

Looking back on Duran Duran’s debut album 40 years ago, Rhodes said, “I think of our closeness growing up together as teenagers with a vision and huge ambition to do something special, to do something remarkable with our lives. But of course we were so young and naive that there was no plan B. So it was good that it worked.”

As for their secret to still making it work four decades later, Taylor said, “I kind of feel like if we were to break the band up tomorrow, all of our hair would fall out the next day!”