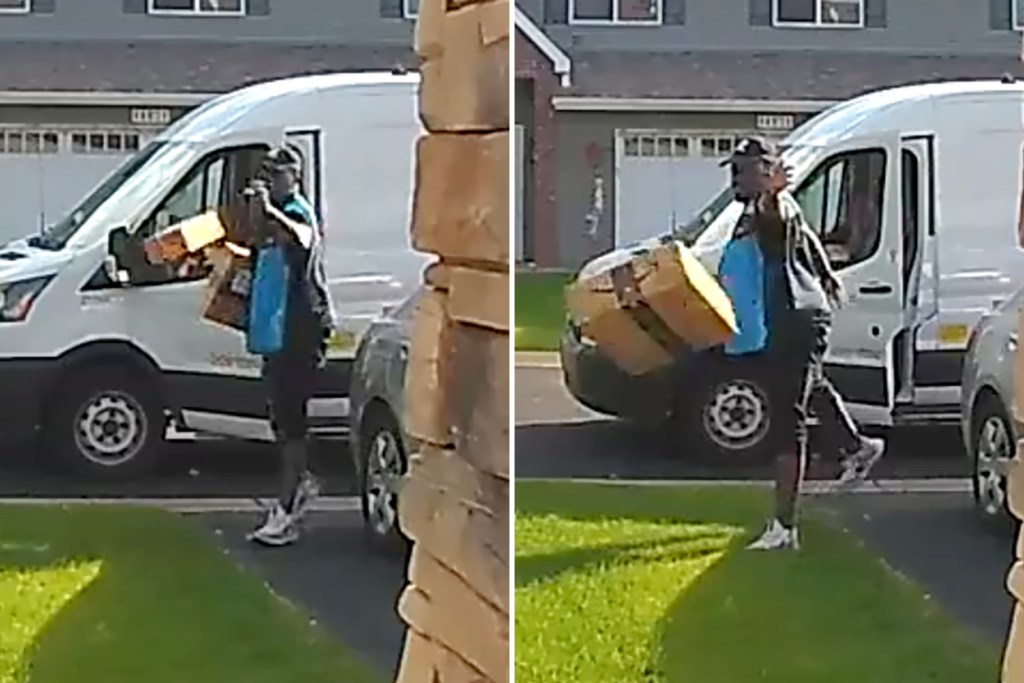 
Is this a new form of airmail?

A doorbell camera captured the appalling moment that a Minnesota Amazon courier carelessly hurled two packages onto a customer’s doorstep from the side of the road.

“Really disappointed how the driver can act in such a disrespectful manner,” the recipient told ViralHog of the driver’s shocking, time-saving hack, which occurred Oct. 6 in Ramsey.

The 26-second clip shows the lazy delivery driver sidling up to the curb, then casually flinging the parcels at the porch like Frisbees so they bounce off the cement. Then, apparently unashamed of his actions, he nonchalantly strolls back to his truck and pulls away.

Thankfully, despite the fact that the parcels reportedly contained glass-packed vitamins, nothing was broken — although a toy puzzle the customer had bought for their baby was slightly damaged.

To add insult to injury, according to the package recipient, Amazon reportedly did “nothing” when they filed a complaint about the incident.

This isn’t the first time an Amazon courier’s bad behavior has been caught on camera. Last December, a delivery driver creeped out the internet after he was filmed breathing on a customer’s window and writing a message in the condensation.