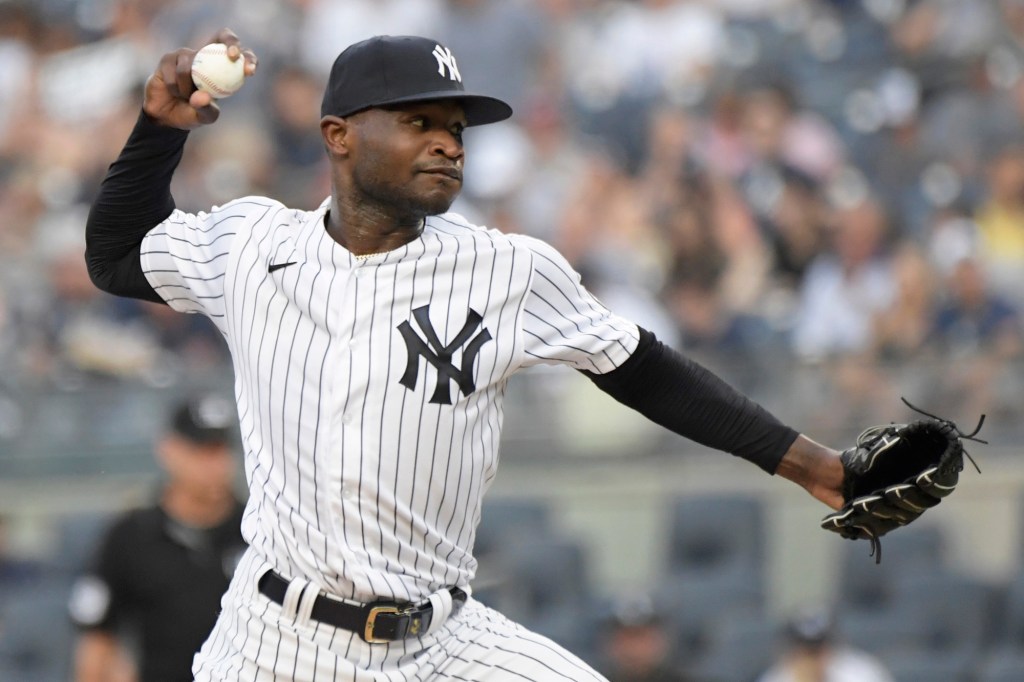 
Luis Severino already showed what he’s capable of coming out of the bullpen, tossing two shutout innings to close out the Yankees win on Tuesday.

They’ll add another experienced right-hander on Wednesday, with Domingo German being activated off the injured list prior to their series finale against the Rangers in The Bronx.

German last pitched for the Yankees on July 31 before he was sidelined with right shoulder inflammation.

To make room for German on the roster, outfield prospect Estevan Florial was optioned to Triple-A Scranton/Wilkes-Barre.

Since there’s not enough time before the end of the regular season to build up German or Severino as starters, the Yankees intend to use both as relievers as they try to grab one of the two AL wild card spots.

Like Severino, German has pitched out of the pen in the past — including this season.

With the Yankees not getting much length out of their rotation and their bullpen arms having been overworked, they’ll have to rely on Severino and German in different roles the rest of the way.

Severino didn’t show too many signs of rust in his first appearance since the 2019 postseason when he took the mound to start the eighth inning on Tuesday.

German had only recently been reinserted into the rotation when he injured his shoulder in July.

Additionally, Jameson Taillon is scheduled to make a rehab start for SWB on Wednesday, as he looks to come back from a right ankle tendon injury.

Bruce Arians calls out Tom Brady over fumble: ‘Got a little greedy’